In the previous issue of this newsletter I wrote about the expensive application process for top level domains, (a non-refundable $185,000 per application). It has now emerged that at least three applications by big spender Google are bound to fail because Google didn't read the small print.

When ICANN invited applications, it made it clear that two-letter domain names were out of bounds because these are currently reserved as country codes, even though some countries, like Tuvalu (TV), Tonga (TO) and Colombia (CO) have been quick to exploit the generic possibilities of their suffixes to the detriment of their national identity on the internet. ICANN also made it clear that the three letter ISO-standard country codes, which are used by the ITU, for example, are also off-limits as top level domain names.

However, Google managed to overlook this small print in ICANN's 350 page "guide" and its 101 applications for TLDs included the country codes .AND (the ITU code for Andorra), .ARE (Arab Emirates) and .EST (Estonia). If ICANN sticks to its rules, that's more than half a million dollars in wasted fees for Google.

Google isn't the only one to make a mistake. Dot Connect Africa, an organisation based in Mauritius, has campaigned for many years for a generic TLD of .AFRICA but looking at the applications records, it appears their application reads .DOTAFRICA instead. I'd hope ICANN shows some leniency and common sense in this case. 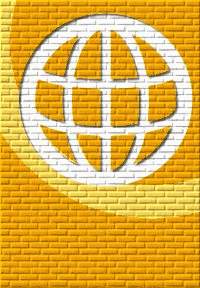