Olympic Games have often been used to pilot new technologies in the TV business, though it can take years for them to become mainstream. What innovations did we see in London 2012?

The 1936 Olympics in Berlin were the first ever televised sporting event with the pictures being demonstrated to the public on 25 screens in halls around the city. When London hosted the Olympics in 1948, it was the first games to be broadcast to a domestic audience. The BBC purchased the rights to those games for Ł3000 and transmitted 64 hours of coverage which was seen by around half a million people. For these games, the BBC also commissioned the world's first outside broadcast vans.

In 2012, the BBC embraced digital media and used TV, radio, Freesat and the internet to broadcast up to 36 channels of sports along with podcasts and highlights. Its servers peaked at an enormous 700GB per second when Bradley Wiggins was winning gold, and in total the BBC served a staggering 2.8 million gigabytes of data. As such it was a fantastic mass test of the ability to stream high-quality media over the Internet and use iPlayer to view programs. Before the Olympics started, there were concerns that IP streaming would mean businesses could suffer connectivity drop outs during peak periods and games viewers would suffer too much buffering and picture break up. In fact, most parts of the UK have reported excellent net coverage without the feared performance issues.

This mass test is important for the development of the YouView concept. YouView is the UK's standard for delivering TV services and video on demand services over the internet. It is supported by the four terrestrial broadcast companies (BBC, ITV, Channel4 and Five), along with the comms companies BT, TalkTalk, and Arquiva. It still uses the freeview airspace where possible to very economically deliver the main programming, and combines that with disk caching and broadband access to provide services such as video on demand and live TV pause and rewind.

Another innovation tested by the BBC during London 2012 was Ultra High Definition TV. UHDTV has sixteen times as many pixels in its image as the current HDTV and people who saw the prototypes in action say that looking at a UHDTV image feels like you are looking through a window. The pixel resolution of UHDTV, (8,000 pixels across the screen, 4,000 pixels down the screen) exceeds the resolution capacity of the human eye. Now in case you are groaning and thinking that the shiny new HDTV set you bought so you could enjoy the Games in unbelievable quality is going to be considered obsolete and fuzzy by the time the World Cup comes around in 2014, keep the following in mind.

There are currently only six cameras in the world which can film in UHDTV, three in the UK and three in Japan. The engineers have discovered that the resolution of UHDTV is so high that the lenses fitted to their existing cameras are no longer sharp enough and they've had to have new lenses designed for the UHDTV camera. To stream the images over the internet between London and Japan, they needed an internet connection running at 350Mb which is far higher than current domestic speeds. BT Infinity can manage 76Mb and the average UK speed is less than 10Mb. And to put all this into context, the first Games to be recorded in HDTV were the Los Angeles Olympics in 1984, but it is only in the last couple of years that HDTV has become a viable consumer option. It will probably be another 20 years before UHDTV becomes mainstream. 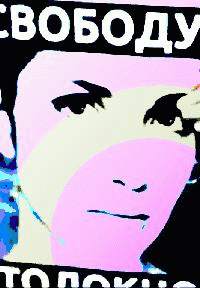