Mitt Romney is a name you may not yet be familiar with. Recently confirmed as the Republican candidate standing against Barack Obama in the US Presidential Elections later this year, he's going to become a household name over the next few months. But still it is surprising to see he gained 100,000 Twitter followers overnight.

In the last issue of this newsletter I wrote about the problem with fake Facebook accounts, and even Facebook itself admits there are a significant number. Now the researchers are turning their attention to Twitter and discovering it too suffers from fake user farms and people selling instant popularity. Security researchers working for Barracuda Networks report that it is possible to buy a thousand fake followers for $18 and get 2,000 retweets for as little as $5. The typical dealer of fake Twitter popularity has a farm of around 150,000 fake profiles, and the average fake profile is following 1,799 accounts. Creation of these fake profiles has been industrialised and the robots which create them steal profile photos and details from real people's Twitter accounts in order to make these fake profiles sound more plausible.

So back to Mitt Romney. His Twitter profile shows he now has 862,000 followers. Barack Obama has 18.6 million followers and is currently gaining around 30,000 followers per day. The world's most popular Twitter account is Lady Gaga, who has had her account for over four years now, and has 28 million followers. Are politicians buying fake popularity to make themselves sound trendy and fashionable? I'm sure some do, although these days the election machine is a huge beast, especially in the USA, so if it happens it is probably not the figurehead politician who makes these decisions, just like it probably isn't the politician who writes the tweets. They have PR companies to do that for them.

Is $18 per thousand followers a bit expensive for a fashion statement? Not really, not by US standards. It is estimated that Barack Obama spent $730 million to get elected in 2008, and that doesn't include the money spent by supporters not directly connected with the campaign. Obama received the most votes in US election history, but that still worked out at around $10 for each vote cast in his favour. In 2012, the price tag for getting elected is likely to be well in excess of a billion dollars. 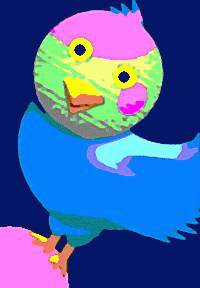