Selling off the IPV4 space

It has emerged that the Department of Work and Pensions holds a large block of the increasingly hard to obtain IPV4 numbers, and an e-petition wants to know what the Government plans to do with them.

IPV4 numbers are those four part numbers which uniquely identify computers on the internet, and for a long-time now, the internet registries have been issuing dire warnings that we are fast running out of them and the world needs to move to the IPV6 protocol. If that was as easy as it sounds, I think we would have all moved over already, but for whatever reason, it just isn't happening. Its also not true to say we've "run out" of addresses. Almost all the possible addresses have been allocated, but not all of those addresses are being used, and features such as Network Address Translation built into even simple routers means you've long since needed a unique address on every desktop in the office.

In the earlier days of the internet, people would apply for a block of addresses and the registries would hand them out willy-nilly, and at no cost. Technology and science writer, John Graham Cumming, noticed that the Department of Work and Pensions (DWP) owns all the addresses starting with 51, a block of 16.8 million addresses, (for an organisation with 125,000 staff) and asks why it needs so many. These were originally obtained by the DWP's predecessor, the DSS, in 1994 for internal use, despite the fact that there are already IPV4 addresses specifically allocated for internal networks, those starting with 10, which any organisation is free to use within its own borders.

Cumming asks, in his blog, why the DWP is hoarding these addresses, and why it isn't selling them whilst there is still a market for them? Last year Nortel sold 0.6 million addresses to Microsoft for almost Ł5 million, which would make the DWP allocation worth a minimum of Ł100 million, with some saying they would be worth a billion given the increasing scarcity of unallocated numbers. That value which will disappear overnight if the world bites the bullet and embraces IPV6. However, the DWP says it is using the numbers on its internal networks and it would not be cost effective to sell them.

It is interesting to note that it is assumed that DWP owns these numbers, has the right to sell these numbers, and that selling them is the only option. No-one paid for numbers originally, or had to justify why they needed them. They simply filled in a form to request whatever they wanted. Do those numbers belong to the organisations such as IANA, who have to try to share out the allocations fairly? Are they leased at zero cost to the likes of DWP or do they belong to whoever made the land grab on them? Are they internet real estate which can be sold at vast profit, even though the holders never invested anything in developing the internet?

If you feel the DWP is the rightful owner of them then you should next ask if cashing them in is in the best interest of the British people? Wouldn't it be better to use them as an IP reserve, to help British businesses who are struggling to get unique IP numbers for essential services. After all, if the department of work and pensions isn't there to support the British businesses that provide jobs and pay into pension funds, what is it there for?

Incidentally, the Ministry of Defence is in a similar situation, holding all 16 million numbers beginning with 25. The same size blocks are held by the US Postal Service, by Apple, Xerox, Hewlett Packard and IBM, by the Ford Motors, Eli Lily, General Electric, Merck, and more. The biggest hog of addresses though is the US military which has at least eight blocks of 16 million addresses each, in excess of a hundred million IPV4 numbers. 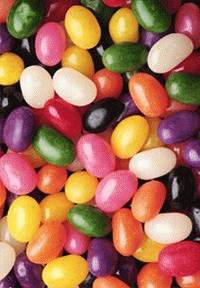