Die hard with an iPod

The Daily Mail reported that Bruce Willis was to sue Apple over the right to pass on his downloaded music collection to his daughters in his will. A few hours later, the Willis family tweeted that the story was a hoax, which then led to reporters asking if they could confirm the tweet, to make sure that the tweet wasn't itself a hoax. Nevertheless, it raises a morbid but important question. What happens to your digital assets when you die?

If you buy a CD, that CD becomes your property. You don't own the music on it but you do own the disc. You can give it to a friend, you can sell it at a car boot sale, and you can leave it as part of your estate when you, to quote Hamlet, shuffle off this mortal coil. The same is true of books. But what about downloaded music or e-books? Does the small print allow you to pass it on? And does the does the technology make it impossible? For many services, you don't actually buy the download, only the rights to use it, and those rights are not transferable. You could pass on your whole iPod of course, or your Kindle, although without the account passwords to go with it, it might be difficult for the recipient to update it or transfer the files to their own iPod, and passing on your password might itself be a breach of the terms and conditions of the service.

With more and more use of "cloud computing", the problem could apply to far more than paid-for downloads. For example, suppose you keep your photography library online, in a cloud service. It makes great sense, its easy to share with friends, but how does your next of kin recover the precious family photo albums if anything happens to you? Most services do not, as yet, have any provision for handling change of ownership where the original account holder is no longer around to confirm it. Twitter allows for relatives to close the account of a deceased person, whilst Facebook will allow you to turn the account of a deceased member into an online memorial, which not only sounds creepy, but means you will continue to be an advertising asset to Facebook long after you've turned off the computer for the last time.

Its a grim subject, but if we are going to become a digital society, its a problem we have to solve sooner or later. 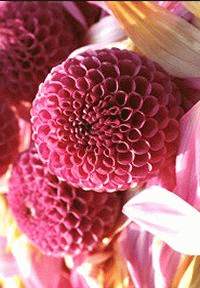