Always a joy to read, the Ignoble Prizes are awarded each year for the less stellar pieces of research that won't quite change the world.

I was particularly taken by the award for Psychology, which went to Eerland, Zwaan and Guadalupe for researching if leaning to the left makes the Eiffel Tower seem smaller. I liked it because from now on, whenever people go to Paris, they'll see crowds of people tilting to one side, to see if its true or not. And if it is true, does it also mean leaning to the right makes the tower appear larger, and does this only work with Eiffel towers?

Bennett, Baird, Miller, and Wolford won the Neuroscience category for demonstrating that brain researchers using complicated instruments and statistics can see meaningful brain activity anywhere, including in a dead salmon. Well we've all done that haven't we?

Britain gets a mention as one half of Kelle, Goldstein, Warren and Ball who picked up the physics prize for working out the maths of why the human ponytail swings the way it does, and France will be pleased to hear that Ben-Soussan and Antonietti won the medical prize for work on how to minimise the chance that a patient will explode during colonoscopy.

But the prize which will be most reported in the press is sure to be the Anatomy Prize which went to Frans de Waal and Jennifer Pokorny for discovering that chimpanzees can recognise each other from photos of their posteriors. Give a chimp a camera and what do you expect? 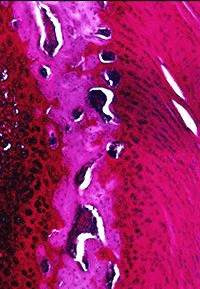