Just how big an aerial do you need to get a good signal? Japan is finding out that size isn't everything.

The Ł500m Tokyo Skytree is the world's tallest freestanding broadcasting tower, and at 634 meters it is almost twice the height of both the Eiffel Tower (324m) and the tower it is intended to replace in 2013, the Tokyo Tower (333m) of Godzilla movie fame.

However, the tower has not been an overwhelming success. During the opening, unusually high winds meant the tower's elevators had to be shut down for safety reasons, which left some visitors stranded in the observation deck for 30 minutes. More seriously, despite towering above all nearby buildings, many households are not able to receive signals from the tree and engineers are scratching their heads over a solution to the interference problems. Some critics are suggesting that instead of building one huge tower, a network of smaller towers might have been more cost effective.

Around the globe in the USA, Hurricane Sandy illustrated how fragile our communications networks can be, but also how we are growing less dependent upon single channels. When the USA was hit by the hurricane, a quarter of all the cell towers in the eastern states were damaged or destroyed, according to a report from the FCC, whilst other towers had power supplies interrupted and have been running on back-up generators. The damage, flooding, and general chaos caused by the hurricane also made it more difficult to get repair crews out to the affected stations.

However, whilst 911 services were obviously under pressure, on the whole they were able to keep working. In the past, disasters like this have often seen the phone networks swamped as people try to contact friends and relatives to check they were okay, but the FCC observed that people are now more likely to use SMS messaging, Twitter and other social networks as a way of getting in touch and that these more compact and efficient services relieved pressures on the voice networks.

Globally we are seeing a steep increase in the number of Femtocells in use. A Femtocell is a small self-configuring briefcase-sized unit designed for homes and offices. It provides a low power mobile phone cell which is wired in to the mobile phone network via the user's always-on broadband internet line.

There are around six million mobile phone base stations around the world, and that number has now been exceeded by the number of femtocells installed worldwide. In the UK, Femtos are mostly used in homes, to boost mobile coverage, such as the service supplied by the Vodfone SureSignal box. However, some broadband operators are also installing them in cell-coverage black spots, and renting them out to mobile phone operators. 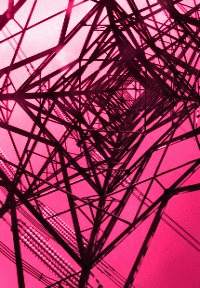