Another north American restaurant which is having image problems is Chuck E Cheese (CEC). The USP of this pizza chain is that they are kids-themed restaurants. Each outlet is packed full of toys and games and its a place that parents take kids for birthday parties.

However, whilst the kids love a party at Chuck E Cheese, tempers get frayed and there is disorderly behaviour amongst the grown ups, sometimes resulting in fights and brawls. There is probably nothing new here, except that these days the incidents are captured on mobile phones and uploaded to YouTube.

Whilst these are only a handful of incidents, and probably no more common in CEC than in other notable fast food chains, the way the message can be so easily reposted across the web means it quickly becomes a "well known fact" that CEC is a hotspot of trouble. Newspapers love headlines such as "Classy Parents Fighting at Chuck E Cheese" and one blogger described it as "Chuck E Cheese, the new fight club?".

But CEC is working hard to repair its maligned image, and one way has been to use modern technology to do a makeover of its TV advertising. The 2011 advertising, featuring its giant cartoon mouse mascot, was just too cheesy.

In 2012, the creative team at CEC have used 21st century CGI effects to reanimate the mouse and reinvent him as a punkpop rockstar. Along with this they've brought in Jaret Reddick to do the music. Reddick is also responsible for Atari's Sonic The Hedgehog theme tune, (Endless Possibilities), and the intro for The Disney Channel's cartoon, Phineas and Ferb. The result of this Chuck E Cheese makeover is a great pop video. Its not going to solve all the CEC image problems on its own, but its a great start. 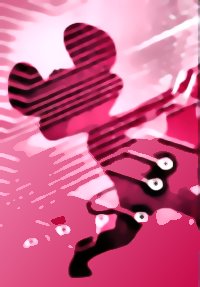