The buzz about forensics

The Met Police forensic service has recently spoken about its seven year project to build a baseline for mains buzz background noise and its use in criminal proceedings. How long will it be before this technique appears in the script of CSI?

When professional sound recordists make recordings, one of the problems they have to deal with is getting rid of the mains buzz, that unpleasant low frequency electronic tone that emanates from the electrical cables coming into our homes, and all the pieces of equipment attached to them. Whilst you can do a pretty good job of filtering it out, you cannot, it is claimed, eliminate it entirely. With the right equipment, even the most inaudible of mains buzzes can still be detected.

The interesting thing about this is that the UK is served by a single national grid, operating at 50 Hertz, but actually the frequency varies by small amounts throughout the day. If you were able to extract the buzz signal from a recording and compare it to the mains frequency for the time that the recording was made they should match. If not, this would indicate the recording was not authentic or that it has been edited or resequenced. This technique is called Electrical Network Frequency Analysis, or ENF.

For the past seven years, the London Crime Lab has been continuously recording the background mains buzz so that they have a refence signal which can be used to authenticate recordings presented as evidence. Recently, the technique was used in a UK court for the first time. Undercover officers had recorded an arms deal and the defence claimed that the police had tampered with the recording and edited together several separate recordings to make their case. Forensic scientist Dr Alan Cooper was able to use ENF and the baseline data to show the recording was authentic and unedited.

In related news, the compact cassette tape, invented by Philips in 1962, turned 50 this month. It is years since I saw music sold on tape and Sony stopped producing its Walkman earlier this year after 30 years of service, but you can still buy the iconic Philips cassette recorder from places like Argos. Who still uses cassette tapes? The major users of them in the UK are the police and solicitors.

Recording of police interviews was introduced in 1988 and became standard practice in 1991, (coincidentally the same year that the MP3 digital audio format was first devised). Cassette tape is very convenient for this purpose, and police use specialised recorders which make duplicate tapes so that the defence team can hold their own secure copy. Last year, over two million police interviews were recorded to cassette tape.

As tape production declines and the cost of tapes increases, there will come a point when replacing all existing equipment becomes cost effective, if not essential. Cumbria Police, which is just one of 43 police forces in England and Wales, has estimated its cost of moving to a secure digital system at Ł360,000. 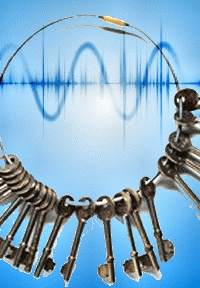