Doing the sums on the digital divide

The internet has massively changed our access to information, and its great as an educational tool, but more than a third of poorer households do not have internet access and the E-Learning charity claims children without home internet are "losing out big time".

A breakdown of figures from a survey of 11,000 households published by the Office of National Statistics (ONS) shows that overall, about 89% of children can get online from home. However, it also showed this was skewed very much towards the wealth of the household. 99% of children from the wealthiest households all had home computers and internet access, dropping to just 57% of children having access to the net in the poorest 10% of households with school age children.

On a national scale that translates to around three quarters of a million school age kids without net access. A study published this month titled "Teenagers and Technology" by Oxford University's Education Department highlights how lack of net access at home disadvantages the teens involved. Obviously, home access gives more opportunities to better research subjects when doing homework, to print out assignments, and to submit homework by email, but the Oxford report also discussed how net access can help children with special educational needs, particularly those who struggle to cope in a normal classroom environment.

We should also remember the social impact of the net, how many teenagers make extensive use of Facebook and Twitter. and how kids in the poverty bracket can become even more disconnected from their social group as a result. For example, Teenagers and Technology quotes a 14 year old boy without net access who said "My friends are probably on it all day every day and they talk about it at school".

E-Learning's Valerie Thompson talked about how we, as a society, can overcome this. Schools could, perhaps with government assistance, provide basic laptops to disadvantaged pupils. That might sound like an expensive undertaking, but when you look into it, it would cost about the same to provide a laptop as it would to provide just one year's worth of free school meals, (and free school meals itself proves to be a key indicator of poverty). The other half of the equation is net access. One imaginative solution to this suggested by Thompson is for social housing providers such as Housing Associations and local councils to provide a basic service to residents via wifi.

But we are in a recession, people complain, we cannot afford it. The government has set aside Ł530m as a subsidy for phone companies, to encourage them to roll out faster broadband in rural communities and a further Ł150m as a subsidy for even faster broadband in cities. BT installed a thousand WiFi hotspots in the Olympic Park for the duration of the games, and Virgin installed a free hotspot at each London tube station. A lot of High Street coffee shops and cafes provide free WiFi for customers and Punch Taverns has just announced that it will be providing free WiFi in its chain of 5,000 pubs.

The technology is affordable. Child poverty is not. 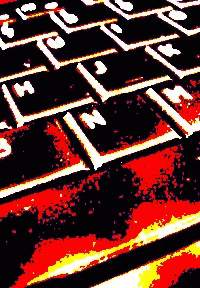