Would you trust a computer?

Oxford University recently demonstrated its research into autonomous automobiles. Unlike many other robot cars, the OU prototype monitors your driving in order to learn your route and then offers to take over from you. Sounds impressive, but would you really want to take your hands off the wheel?

A computer driving a car? Most of us find it difficult enough to trust the computer inside the satnav, although there have been plenty of examples of people blindly following instructions and turning onto railway tracks or into a canal. Sometimes when you hear these stories you can sort of understand how that happened. However, a Belgian motorist has set a new record for stretching credibility.

In January, 67 year old Sabine Moreau set out from her home in Solre-sur-Sambre to make the 40 mile journey into Brussels to collect a friend from the rail station. It was a journey she had made before. Following the instructions on her satnav, two days later she arrived in Zagreb, Croatia. She knew something was wrong when she noticed the Croatian traffic signs and realised she might not be in Belgium any more. Her 900 mile route took her through Germany, Austria and Slovenia. She had to stop twice for petrol, slept in the car at the side of the road and was involved in a minor accident. Back in Belgium, police were searching for her after she had failed to arrive at the rail station and her son reported her as missing. The motorist told police she hadn't noticed anything was wrong. "Maybe I was just preoccupied", she said.

At the start of February, Frenchman Frank Lecerf had a narrow escape when his car computer proved it had a mind of its own. He set off from Amiens, France, and engaged the cruise control on his car. To his surprise, he found it wouldn't disengage and all attempts to do so just seemed to nudge the speed higher. With great presence of mind he called the emergency services on his cell phone who tried to talk him through procedures such as switching off the engine, but the car continued to go faster and faster.

Meanwhile, French motorway police responded magnificently and scrambled their vehicles to give rolling assistance to the runaway, providing a high speed escort, keeping a clear lane along the motorway for him, and getting open paths through the toll booths which was probably the most hazardous of all. The car reached 125 mph and travelled 135 miles along the A16 motorway, out of France and into Belgium, before running out of fuel and veering into a ditch. Lecerf was able to walk away shaken but uninjured.

It remains unclear why the driver was unable to switch off the engine, or get the car into neutral, and naturally the car manufacturer is carrying out extensive investigations. It could yet be due to driver error, or a result of modifications made to the vehicle. Its clear though that if we are going to have vehicles which have any sort of drive by wire, it needs to be of the very highest standard of programming, and we must have a mechanical failsafe. 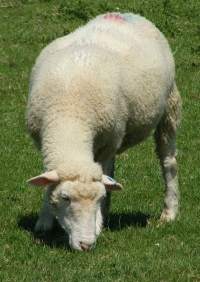