Keeping an eye on augmented reality

Raise your glasses to the forward-thinking Five Point Cafe in Seattle which this month has banned the use of Google Glass on its premises to protect its customer's privacy, even though the product is still not widely available and most people don't yet know what it is.

Google Glass is a computer interface device which fits into the category of Head Mounted Display (HMD), and Google is making a heavy-investment into this technology. The HMD looks like a pair of clear glass spectacles, but lasers are used to project information onto the glass where it is visible only to the wearer. The computer information appears to float on top of what the user is seeing in the real world and for this reason this form of display is sometimes called augmented reality.

Head up display has long been used in the helmets or windscreens of the modern jet fighter pilot, so that the pilot can look at the real world whilst, at the same time, is able to see his key instrument data superimposed over the landscape. With developments in low power lasers, computer processing, voice recognition, mobile communications and online databases, it is now possible to build this sort of sophistication into a self contained lightweight headset, and one that doesn't make you look a cyborg extra from Star Trek. Its not cheap yet though. The price tag on a Google Glass headset is likely to be around Ł1,500.

So what will Google Glass do? The ideas outlined by Google sound remarkably like the ideas that Apple came up with for Siri, that you will have some sort of voice controlled personal assistant awaiting your command. Suggestions are that you will be able to ask questions like "Show me the train timetable for..." or "what is the weather forecast for..." and you'll see the appropriate information displayed in your field of view. If you want to read your email whilst walking down the street, there are commands for that, as there is for replying to a mail and dictating the answer. Its not really clear how any of that would be superior to looking at the same information on a tablet, although there are obvious and welcome accessibility advantages for people who would have difficulty using handheld devices, and for environments where it would be impractical or dangerous for a user to use conventional tablets, keyboards or screens.

One obvious area of future application is automobiles. Car makers have already experimented with head up displays, and recent models of some high-end cars, such as the BMW Series 3, have head up display which shows the vehicle speed and current speed limit in the glass of the windscreen where it can always be in the driver's field of view. For lesser cars, perhaps a head-mounted display such as Google Glass could, in future, be linked to the car's satnav and provide this information along with route directions in the driver's field of view. However, there are dangers to consider too. We currently have laws which forbid drivers using hand held mobiles while driving, for very good safety reasons, but if a driver had Google Glass, he could be using it to display car instrumentation, but he could just as easily be hurtling along in the fast lane of the motorway whilst his attention was entirely consumed by a complicated email.

This biggest area of concern though is privacy. Not only can Google Glass project an image visible only to the wearer, it can also record images. A simple voice command is enough to take a photo or record a video. When cameras were incorporated into mobile phones, we immediately began living in a goldfish bowl, but with a phone or conventional camera you at least know when someone is pointing the camera at you and can express your wish for them to stop. If Google Glass becomes a consumer item, the cameras can follow you everywhere.

Already people are talking about one day linking Google Glass to face recognition, another technology which Google is investing in. The headset could take a photo of someone, upload it to Google and in just a few seconds could match that image against images on the web and retrieve, for example, the subject's Facebook page, and goodness knows what else. We'd be living in that dystopian future where privacy has ceased to exist, and the privacy issues caused by Google's Streetmap or its wifi data slurp will seem trivial compared to this.

For some photos of what Google Glass can do, see
www.google.com/glass/start/what-it-does/ 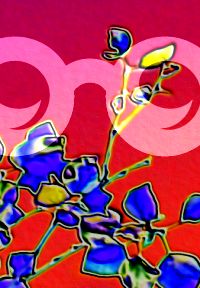