Complacent British universities that fail to respond to the rise of online degree courses will be swept away by global competition,... according to a report into the future of higher education.

In a report for the Institute for Public Policy Research, Michael Barber, (chief education adviser of the world's biggest education firm, Pearson, and former Downing Street adviser), urged British universities to stand out from the crowd or risk being swept away. He predicts that traditional, middle-ranking universities face extinction within the next decade and warned that even elite universities could struggle to survive in the face of competition from online courses and giant strictly-for-profit colleges.

In this digital age, "the models of higher education that marched triumphantly across the globe in the second half of the twentieth Century are broken" said Barber and his co-authors in clichéd tones. The report says we have too many universities, all teaching the same courses, and suggest that the research role of universities could be taken over by private specialist institutions, whilst universities could focus on the quality of teaching, using lectures and course materials created elsewhere. It could also see universities that are more systematically integrated with their local economies writes Barber.

Barber sees the threats coming from major organisations such as University of Phoenix, which is a strictly for profit institution of higher learning, based in Arizona, but with over a hundred campuses throughout north America and offering much of its lectures and course materials via online services. At its peak it had 600,000 undergraduates enrolled in its programmes, and the average age of its students is mid thirties. However, it should also be noted that only 16% of its students graduate, compared with the US national average of 55% for conventional colleges. It also had a higher proportion of students in business studies than traditional US universities.

Another example that some see as a threat to the higher education model is Coursera, a purely online university. Founded by computer scientists from Stanford University who raised $16m in venture capital, it is offering around a hundred courses online, and is working in conjunction with traditional universities, including, in the UK, the University of London.

But why do people cite Phoenix and Coursera as examples of forward thinking in the digital age when, more than 40 years ago, Britain was the pioneer of distance learning in the shape of the Open University (OU), which is still a world leader in this field. The OU was established by Royal Charter in 1969, originally delivered courses via spare time slots on BBC2 TV, moved with the times to use technologies such as audio tape, videotape and DVD, and has more than embraced the internet. When we already have that resource, expertise and track record in remote course development and delivery, why are UK universities turning to US course providers?

I'm a big fan of the universities and higher education but wary of any argument which sees the "digital age" as the primary threat, or the quick fix solution. Deeper symptoms of the broken university system and society are statistics such as 80% of school leavers from Chelsea go to university, but only 8% of school leavers from Sheffield. The change in the ways universities are positioned and funded, and the debt burden inflicted on many students, means there is now much more pressure to choose vocational courses with short term job prospects such as business studies or video game programming rather than cultural courses such as history, archaeology, philosophy, literature or the classics. Calls to make universities more integrated with the local economies and job market can only increase that pressure. 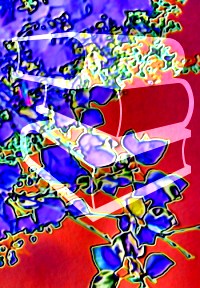