Have you heard of the Harlem Shake? Its the latest seven day wonder sweeping YouTube. The original video featured several people in costumes doing an uncomplicated dance routine to an excerpt of the dance song "Harlem Shake" by American artist Bauer. Others made there own 30 second parodies of this video and it became a viral craze, peaking at several thousand shake videos being uploaded in a single day during February.

One of those shake videos has hit the headlines recently, but for all the wrong reasons. The Oxford University students of St Hilda's College created this rather good variant of a Harlem Shake video, (and if you are struggling to read the placard in the bottom right, it says "Free Pussy Riot"):

So how did the St Hilda's College authorities react to this wonderful piece of creativity by its students who, by making it, have demonstrated original thinking, good organisational skills and the social bonding which raises universities above mere online training establishments? They reacted with outrage and levied fines of between Ł30 and Ł60 against five of the students seen as ring leaders to this heinous crime, although I don't know what legal authority or moral right a university has to impose fines on its students who are, lest they forget, their paying customers.

In addition, the library supervisor who was on duty at the time, Miss Calypso Nash, has been informed that as she failed in her duty of maintaining quiet in the library, she will not be working for the college again. As Nash is a graduate student employed on a casual labour basis and hence has no workplace rights to speak of, the college is able to maintain that it did not sack her, but simply told her that her services are no longer required.

This is all despite the fact that Nash was not involved in organising the performance, she doesn't appear in the video, and could not have stopped it had she wanted to. No complaints were received from any library users because the short period of filming took place after midnight when the library was otherwise empty, and the only students present at that time of night were the ones taking part in the video. And of course the sound track was dubbed on afterwards.

If the officials of St Hilda's had any sense at all they'd have seen this video for what it was, something positive, great publicity, a good advert for their college showing how Oxford University is not just dry as dust academia, how its a friendly and fun place to study. Instead they have managed to turn it into an advert for pomposity. Well that's sure to attract the paying student in future isn't it? 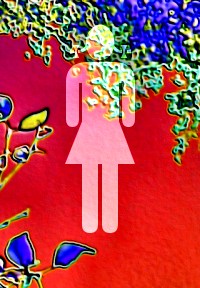