In a move that other countries would do well to watch, the Indonesian government has said that under rules to be implemented later this year, companies wishing to sell online within the country must register and trade under an Indonesian domain name.

Indonesia's Ministry of Communication and Information made the announcement concerning local registration as part of its new rules for electronic systems operators which are designed to clamp down on fraudulent websites, websites which don't adhere to Indonesia's consumer protection legislation and websites involved in growing incidences of e-commerce fraud. Under the new rules, firms looking to sell into the Indonesian market must be locally incorporated and have an Indonesian postal address, allowing local authorities to perform background checks, ongoing monitoring, and to levy fines for breaches of regulations. The requirement for an Indonesian domain name means non-compliant websites can be more easily cancelled.

These regulations will have little impact on the larger players such as Amazon and Google who already have local domain names and offices. However, it would create significant obstacles for the smaller companies which do insufficient business with the country to warrant the expense of an office or a local agent. Imagine the costs it would create to online traders, and the obstacles to online trade, if such regulations were commonplace throughout the world. It is hard to see the domain rules can be enforced though. If you sell products online from a UK domain and are willing to post the goods to Indonesia, how could the Indonesian government stop you from doing so, and how could it stop its citizens from buying from you?

However, you have to recognise that Indonesia is taking positive steps to increase the confidence of its internet users in the validity of its own country level domain, that to register an Indonesian domain name you have to be accountable and work within the Indonesian legal framework, and that should give its citizens more confidence in buying online from its own online retailers.

The same cannot be said for most top level domain names, including the UK domain space where anyone can register a domain. The typical UK consumer can be forgiven for thinking that a retailer with a UK domain is based in the UK, and is giving you all the rights to warranty, refunds and privacy you are entitled to expect, as enshrined in the Sale of Goods Act, the Distance Selling Regulations, and the Data Protection Act. Sometimes you need to read the small print very carefully to find out whether the website you are about to order from is a UK-based business operating under UK rules or an unknown operator on the far side of the planet. The UK suffix does not offer any assurance that the website is UK based.

It will be interesting to see what benefits and problems arise from the Indonesian experiment. Lest you think Indonesia is a small insignificant market, it is an is an archipelago nation of 17,000 islands and has a population of 250 million, which makes it the world's fourth most populous country behind China, India and the USA. It is adopting the internet rapidly and with 55 million internet users, it is 8th in the world usage table, one place ahead of the UK. It is projected to almost double its internet usage by 2017. 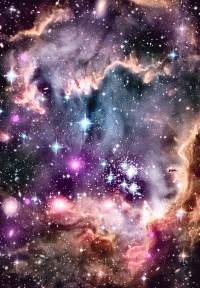