Volumes down, infections up

Security specialists AV-Test have analysed half a million spam samples over an 18 month period and found an increase in the amount of spam containing malicious attachments designed to infect your machine or open up security back doors.

Anti-spam tools are so effective these days that many of you may think the spam problem has gone away. It hasn't, but the various mail transport systems on the internet have got better at blocking it and shutting down major spam sources. By the end of 2012, it was estimated that world wide there was an astronomic 145 billion emails sent per day, (or about 50 trillion per year). Out of those, around 70% were spam. The experience from user to user varies greatly. We know from our own data that some of our customers see very little spam whilst at the other extreme, for one of our customers, we typically block between 200 and 400 spams per day for just one email address, (or about 100,000 junk messages per year).

In its analysis, AV-Test found that around 30% of all the attachments sent in spam were dangerous. Spammers often send their adverts in attachments, as graphics or PDFs, because it makes it harder to detect them as spam. However, it is also used as a way of luring the recipients into running malicious code to infect your machine. Once your PC is infected it can become a remote-controlled computer, using your bandwidth to spam others, to mount denial of service attacks on victims, and to ransack your PC for email addresses in your address books and information which can be used for identity theft. The researchers found that almost every case of a spam with a ZIP attachment was carrying a malicious payload.

As well as the spam containing infected attachments, a similar number of spams contained links to malicious websites which attempted to infect the user's computer by getting them to click on links or load plugins. 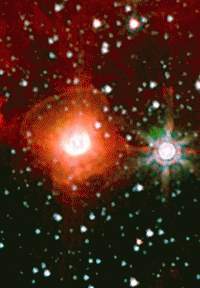