If you produce intellectual property, whether that is the written word, music, photography or software, you need to know that the recently passed Enterprise and Regulatory Reform Act (ERRA) has little-publicised consequences for copyright owners.

The UK used to conform with the practice observed by all Berne-convention countries, that the producer of a creative work had automatic copyright. The copyright owner had the right to decide how and where their work is used, and to set the commercial rates for usage of that work. There was no requirement for the creators of works to register a claim of ownership, and if someone wished to use a photograph in an advert or to illustrate the news story then the onus is on the person using it to contact the author and obtain prior permission before they used it. Whilst the internet-age has seen copyright violations on a massive scale, copyright law does still offer basic protection against commercial-scale exploitation of images and works against the copyright-holder's wishes.

Under these reforms, businesses wishing to use orphan works now need only to perform a "diligent search" (whatever that means) and if they fail to find out who the copyright owner is, they can now obtain permission to act as if they themselves are the owner of the work, including rights to publish, resell and sublicense it. Under the scheme, if the original author or photographer is later identified, they will be compensated at a "market rate". Alternatively, and in contrast with the rest of the world, the copyright owners may pre-register their works with an authorised copyright registry but there may be fees for this. You would have to individually register every single item you wished to protect, or risk people assuming that unregistered items were fair game.

Government ministers such as Vince Cable have previously been quoted as saying "rebalancing" of copyright will be worth Ł500m per year to the British economy. However, campaigners against these reforms, especially photography groups, point out that it isn't Ł500m of added-value injected into the economy, but rather Ł500m of savings for businesses by not paying the original photographers, and by shifting the onus for tracking usage from the business agencies onto the photographer. David Bailey has asked why the reforms have been rushed through when so many questions remain, and music publisher Andy Heath, the chairman of UK Music which invests in start-ups, told the Culture, Media and Sport Select Committee that the government's hostility to copyright is scaring away investment.

It is hard to predict whether this change in law will be a good thing or a bad thing, or whether it will open up a whole new industry for scammers to falsely claim ownership of orphan works. My biggest concern is that it will further muddy the waters of copyright. In the future, I expect to hear people with a superficial top-line knowledge of these regulations authoritatively tell me "if it doesn't say who took the photo, you can use it for free. That's the law." I also expect that just as we have seen with other legislation affecting the web, such as the Disability Act, the Companies Act, and the Cookie regulations, we will see a wave of deliberate misinformation in the shape of official-sounding spams designed to raise fears amongst website owners, telling them that they need to complete expensive registration processes to comply with new copyright laws. 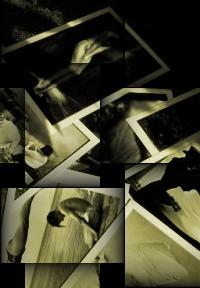