A colossal waste of money

Politicians and the power industry are pressing on with their dream of putting a smartmeter into every UK home with the aim of reducing national energy consumption by 20% by 2020, but critics such as Ross Anderson, an engineering professor at Cambridge University say the scheme won't save energy and will be a colossal waste of money.

The governments wants gas and electricity companies to install smart meters in every home which will transmit usage data to a communications centre using the mobile phone network. The meters will also create a "home area network" in each residence, giving the consumer a handheld wifi device which will allow them to monitor their power usage from the armchair.

The justifications for this is that it will eliminate the costs of meter reading, estimated bills will be a thing of the past, and it will help people using more power than they can afford. By making the consumer more aware of their energy usage, smart meters should encourage them to make better use of energy, or to use it at off peak times when demand is lower. So the moral high ground in this argument is that smart meters are good for the environment and will save us from global warming.

On paper it makes sense. Electricity is expensive to produce, and we need to produce it 24 hours a day, but its very difficult stuff to generate on demand or to store, so we tend to put a strain on the national grid at peak times whilst wasting unused electricity overnight. If people used the cheaper rate overnight electricity they could save money and the nation could save energy. The problem with that argument is that we don't really have that much choice when we use power. If you want a cup of tea, you can't wait until three in the morning before putting the kettle on so you can take advantage of cheap rate electricity. The same with running the washing machine, the vacuum cleaner, the fridge, the cooker, using the computer, or watching a TV programme. And I'm sure my neighbours would complain if I decided to use the hover mower in the middle of the night.

The only real option domestic users have for using cheap rate electricity is to use night storage heaters in the winter months and to recharge the batteries in a laptop. If electric or hybrid vehicles were more common then they could be charged overnight to make better use of our surplus energy as well as reducing our oil demands, but all that is true whether or not we have smart meters.

Undoubtedly a tangible benefit of the meters is that it will remove the expensive cost of the army of meter readers, but you don't need such an over-engineered system to do that and you don't need your appliances on a home network. Instead of using mobile phone technology, the data could be sent over the existing mains grid using proven powerline technology and that would require nothing more than a simple meter upgrade.

The power companies estimate 53 million smart meters will be needed in the UK and roll out will cost Ł11 billion. 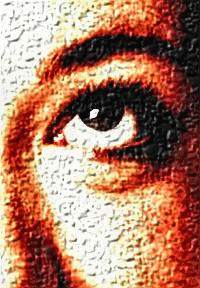