The Consumer Protection office at the US Federal Trade Commission has told Google and other search engine providers that they need to clearly distinguish between adverts and search results on their services.

Google makes it clear that it is impossible to buy top placement in its search results. The only way to get sites near the top of Google search results is to design the page properly and have genuine content related to the search query.

Adverts however, are a different matter. Naturally this is how Google makes its money and naturally if you buy advertising space from Google you expect to be at the top of the page. Most people have no issue with that. The issue that people do have is that these adverts are nearly indistinguishable from the search engine results, and it is almost impossible to tell where the adverts end and the results begin. Yes, Google uses a different coloured background behind ads, but its a shade of cream so pale that you will struggle to see the difference between that and the white of the page.

Bing is only slightly better. It also uses the hint of cream background but adds a faint grey border to the right hand edge of the adverts. Yahoo uses a background colour which was so close to white that I needed to use a graphics program to work out where the ads ended and the search results began. With the Ask search engine I was unable to see any difference at all between the paid placements and the genuine results.

The FTC has now updated its guidance to say this could be a deceptive practice and states "The updated guidance emphasizes the need for visual cues, labels, or other techniques to effectively distinguish advertisements, in order to avoid misleading consumers, and it makes recommendations for ensuring that disclosures commonly used to identify advertising are noticeable and understandable to consumers."

Google, with its market dominance, obviously comes under the closest scrutiny, and the company is also being investigated by EU's anti-trust commission. One complaint that the EU is investigating is that Google favours its own products in search results over rival products and one company which has concerns here is Streetmap. Streetmap provides brilliant maps of the UK, both detailed high quality street level mapping and larger scale Ordnance Survey mapping of both cities and countryside, arguably far superior to the mapping available from Google Maps.

Streetmap long predates Google mapping, and it certainly isn't the only mapping service out there, but put just about any UK place name into Google and the results will include a thumbnail map taking you to Google maps. Streetmap asks how it, or any other European mapping company, can possibly sustain a viable mapping service when Google creates the impression that its own product, Google Maps, is the top-choice definitive mapping product? It should be noted that Microsoft takes a similar position with its Bing search engine which consistently promotes Bing Maps above all others.

Other companies joining Streetmap in voicing this complaint of anti-competitive behaviour and abuse of a dominant market position include travel sites such as Expedia, Eurocities, and TripAdvisor, price comparison site Twenga, and German shopping platform Visual Meta. The EU's Anti-Trust chief, Joaquin Almunia, has indicated the EU is likely to take a tougher stance with Google than the FTC has. Google made proposals for ways it would change its European search operations to take on board these complaints but the EU has reviewed them and last week informed Google its proposals were "not good enough". 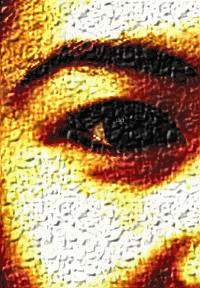