Grenades on a plane

No, its not a new movie starring Samuel L Jackson. Its a stern warning not to do it from the US Transport Security Administration (TSA). Sometimes you just have to state the obvious.

The TSA used its blog to inform us that in the last twelve months it has had 43 cases of people carrying grenades in carry on baggage, and another 40 cases of them being found in checked in baggage. Fortunately, these were not the high explosive military grenades. Most of them were inert replicas and novelty items, but some were functional smoke grenades, flare grenades, riot grenades and flash-bang grenades, all of which pose a serious hazard inside an aeroplane. Even an inert replica would cause major panic if it rolled out of an overhead locker mid-flight.

Over the course of a year, 83 grenade incidents is an average of one or two per week, which is a worryingly high number, but its not the only scary number to come out of TSA blogs. In its latest blog entry, TSA reveals that in the past week alone its searches have discovered 46 firearms, of which 40 were loaded, and 17 of those had a round in the chamber. In the same week it has also discovered 21 stun guns, a hair brush that converts into a dagger at Phoenix, a knife inside a walking cane at Cleveland, a belt-buckle knife at Denver, and two credit card knives at Albuquerque.

The TSA gets a lot of criticism for its sometimes heavy-handed approach to security, but sometimes passengers just bring it on themselves. 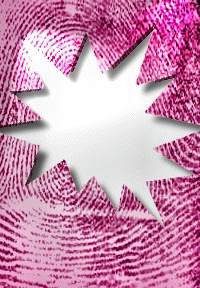