How much would you expect to pay for a server? One teenager has just paid $33,000 for one in an E-Bay auction. Where does a teenager get $33,000 from? He uses his father's credit card.

The seventeen year old teenager from Portugal got caught up in an E-Bay auction for a used server, and bid for it eight times during the day, eventually placing the winning bid for $33,000. The server he was bidding on was a used Dell Power Edge model which would retail new at about $2000. The reason the teen was so keen to get his hands on it was because it was being sold off by Swedish ISP Banhof, where it had been used to house the Wikileaks website.

Naturally, the teen's father, an industrial maintenance worker in Lisbon, was somewhat upset when he discovered this, but was able to get E-Bay to cancel the sale. "My son is 17 years old and is crazy about conspiracy theory" he explained. Had the teen got hold of the machine he might have been disappointed anyway, since it hasn't been used since 2011 and Banhof had performed a thorough military-spec magnetic wipe of the disks before putting it up for auction so there was zero chance of recovering any documents from it. One wonders then why Banhof felt the need to advertise it as formerly used by Wikileaks if it is indistinguishable from any other mass produced used server. Banhof has said it sold the server as a historical curiosity, and that proceeds of the sale will be given to the non-profit organisation Reporters Without Borders. 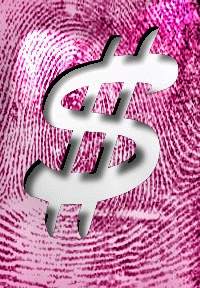