What should you do with man's best friend in the Internet age? Teach him to use an iPad of course.

New York's Anna-Jane Grossman, a former journalist who now pursues a full time dog training career, is offering iPad classes for dogs. The $50 an hour course has already had 25 students. The iPads used in the school are wrapped in clingfilm to protect them from "slobber" as dogs typically operate the touch interface by nose rather than by paw. Its not really clear why a dog would want to use an iPad though, and the most popular app with owners seems to be Big Camera Button. When the dog touches the button on the screen with his nose, he takes a photo of himself.

Cat owners needn't feel left out. In a paws-on test, TechCrunch's Darrell Etherington has demonstrated that the fingerprint sensor on the new iPhone is a misnomer, and it works just as well with cat paw prints. Cat owners can already get apps designed for your feline friend to play with.

Its a fun development, but how long do you think it will be before we see a newspaper headline, "Cat buys crate of pilchards using owners credit card"? 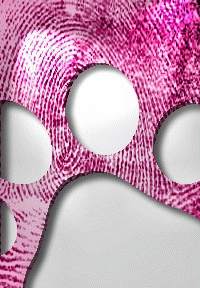