Time is running out for XP

Do you have any computers still running the Windows XP operating system or Office 2003? Microsoft has reminded the world that there is now less than six months to go until it ends all support for these products on 8th April 2014.

Windows XP peaked in popularity in 2007 when it was used by more than 75% of computer users. Currently around 30% of the world's computers are still using XP, making it is second in usage only to the 46% market share of Windows 7, whilst the flagship product, Windows 8, still lies below 10%. With that many people still using XP, how can anyone describe it as obsolete? To be clear, XP will not stop working on 8th April. On that date, Microsoft will stop issuing monthly fixes for flaws and vulnerabilities discovered in XP, as well as the XP versions of Internet Explorer and Office 2003.

One would think that something as crucial as an operating system perhaps should not have that many flaws, and that the huge number of patches and updates issued since its release in August 2001 would surely have been enough to plug all the serious security holes. Sadly this is not the case. The most recent series of patches from Microsoft issued on 8th October included a patch which was required for all versions of windows and addressed no less than 10 security flaws. The most severe vulnerabilities could allow an attacker to remotely execute programs on an unpatched system just by luring the user to view a specially-crafted malicious website using Internet Explorer, and another patch was for a flaw related to how the Windows kernel handles font files and would allow your system to be broken into just by viewing a website containing malicious truetype files.

You could argue that MS has been pretty generous giving more than 10 years worth of support on its software. On the other hand, you could argue that it was the top operating system just six years ago, and these are flaws which have been present since day one and therefore the quality of the product was seriously deficient. Many of the flaws which Microsoft fixes are not unique to XP. The issue which causes a problem is often found in all versions of Windows. The problem will have existed in XP and other versions since day one but remained undiscovered. Patching newly-discovered bugs in other versions of Windows but not XP just highlights to hackers that there is an open-door ripe for exploiting on 30% of the world's PCs.

The upgrade disk to basic Windows 8, (not the Pro version) costs Ł99.99. You would also need a minimum of 2GB of memory, but more realistically you would need 4GB, and a display card with a minimum resolution of 1366x768. Since any system running XP will be getting long in the tooth and since you can buy a whole new system unit for less than Ł300 with Windows 8 installed, that might sound like a more attractive option. However, you may find other unexpected costs, such as needing additional copies of Microsoft Office and other software for the new machine, or finding that a perfectly good printer or scanner is now regarded as obsolete as no suitable up-to-date driver is available for it. Also, be prepared for the frustrations of the Windows 8 learning curve.

How many people will be affected by the demise of XP? As many as 500 million PCs worldwide are thought to be still running XP. Research by EHI has found that 80% of the computers inside the NHS, (about 677,000 PCs), are still using XP and other UK businesses and government departments have expressed similar concerns. 96% of schools in the USA say they will face major costs upgrading from XP. US Financial Regulators have already told banks and retailers that continued use of XP would mean they are not compliant with the PCI DSS credit card regulations and could face fines or increased liabilities, and the UK Information Commissioner has warned retailers that failure to comply with PCI DSS could place them in breach of the Data Protection Act. However you look at it, its not a trivial problem. 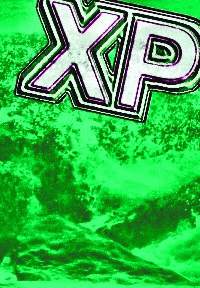