What does the fox say?

A major file sharing site, ISO Hunt, which mostly offered links to BitTorrents of pirated material, is to close down following a court settlement at which it has agreed to pay $110m (Ł68m) to the Motion Picture Association of America (MPAA).

ISO Hunt was set up a little over 10 years ago as a hobby project by then student Gary Fung of Canada. Fung argued that it didn't host any pirated films or TV programmes itself and was not involved in the production of any pirated copies, or the downloading and usage of them. It was simply a directory website which listed other sites which hosted these materials. The Californian court and MPAA were not swayed by this argument and said he was aiding and abetting piracy. Fung eventually decided to settle with the MPAA for $110m damages. This massive headline figure makes good publicity for the MPAA but is pretty meaningless as Fung's and ISO Hunt's assets amount to only about $2m.

Film piracy does remain a concern for the industry and the most pirated films regularly correspond to the current Hollywood releases. This week's most pirated films are Man Of Steel, Pacific Rim, and The Lone Ranger. The all-time most pirated film is reckoned to be Avatar which has been watched illegally an estimated 21 million times, but keep in mind this was also the first film from Hollywood to gross over two billion dollars at the box office, and has also earned revenues from subsequent DVD sales, rentals, TV network showings, and merchandising, so it would be hard to make a case that piracy has seriously damaged this film's chances of commercial success.

It is also hard to understand why the MPAA can so successfully go after operators like ISO Hunt when the biggest video library of them all, YouTube, has no shortage of pirated material on board. Search YouTube for "Full movie" and you instantly will find dozens of examples of full-length films on there, such as Inspector Gadget, a 1999 film made by Disney, and viewed 2.8 million times in the eight months since it was uploaded. Its not just old films. The 2013 film, White House Down, was uploaded to YouTube a week ago and has been viewed 170,000 times during the week.

The people who upload these copies often think they are doing a public service. The person who uploaded Inspector Gadget kindly added a note which says "This video does not belong to me. All credit goes to the owner". How much more blatant, or misguided, could it be? Does Google make so little profit that it cannot afford to employ someone to proactively police its own system and protect the copyright owners? And most importantly, having pointed you to those pirated items, does the MPAA now consider me to be guilty of "encouraging, enabling, and helping others to commit copyright infringement"?

Don't get me wrong, I loathe piracy and love YouTube. It has a lot of very good creative work which is genuinely shared by the creators for free, and which might go unnoticed if it wasn't for the global nature of the Internet. The latest viral video which is well worth watching is the slightly surreal What Does The Fox Say from the Norwegian artist Ylvis. 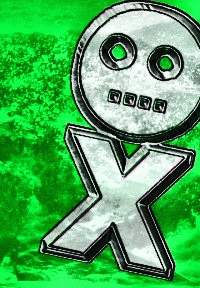