The US Healthcare Website, a key part of Barak Obama's healthcare reform policy, looks great, looks modern, but just doesn't look up to the job it was supposed to do.

Almost 20% of US citizens don't have any form of medical insurance, either because they are unemployed, cannot afford it, or because they have a pre-existing conditions in the dim distant past of their medical history which make them a bad insurance risk. In the USA's insurance-driven healthcare industry, a single visit to an emergency department costs, on average, $1,265, and a course of chemotherapy costs up to $30,000. In addition, the litigious nature of the USA means that doctors are more likely to order precautionary treatments such as thousand dollar MRI scans, blood tests and lab work, (all at the patient's expense) rather than risk any form of malpractice suit. Statistics like that really make you appreciate the jewel of the NHS.

One of the key policies of Barak Obama's election campaign was healthcare, officially called The Affordable Care Act, and unofficially dubbed Obamacare, which regulates the medical insurance industry, and one of the key components of the plan is a healthcare website where US citizens would be able to register and find affordable healthcare policies. The website project went out to tender and resulted in a contract for $93 million, (and many reporters claim massive cost over-runs have doubled or tripled that figure), and it has taken almost two years to build. As you might expect, it looks great on the screen. Unfortunately, the beauty is only skin deep and the site has been beset with problems since its October launch.

One problem has been capacity. With 20 million visitors in the first month, the site simply could not cope with the traffic, and visitors have been frustrated by slow load times and blank screens. 20 million visitors is a large number, and would equate to around 10,000 concurrent users at peak times, but this was hardly unexpected for a project of this size, receiving this much publicity and this much funding. However, Fox News claims to have documents showing that the website can only handle 1,100 users at any one time before speed became an issue. This problem could certainly have been detected and reduced if they had employed some sort of phased roll-out, or perhaps deployed on a state by state basis, instead of the big splash launch to deadline.

Ben Simo, a former president of the Software Testing Association, experienced problems with login first hand when he tried to help a family member to use it. He is quoted as saying that one part of the site created so many cookies and so much tracking data that it appeared to exceed the site's capacity to accept his login information. Other reports claim that the performance issues arise because of a late change in policy requiring people to register before making applications, a detail which should surely have been sorted out in the early design stages, or at least in the early testing stages.

The back end systems have also come in for criticism, with the insurance providers complaining that data sent to them was garbled or even unusable. In some cases, insurers have complained that when receiving multiple applications and cancellations from individuals, the data was not timestamped so the insurer was unable to tell which was the latest instruction that needed to be acted upon and which ones had been superceded. How could any half decent systems designer have overlooked timestamps? These problems suggest the designers don't seem to consider how real people use websites, and that these problems have slipped through points to wholly inadequate testing.

Naturally a project as political as this is going to be a soft target for its opponents, and every flaw is going to be magnified out of proportion, but it is still hard to understand how such a big project can go so badly wrong. Reports are emerging that both developers and health officials expressed serious concerns months ago, but these were apparently unheeded because of political necessity.

Now, in the race to fix problems, parts of the site are being taken offline wholesale for hours at a time and display this message: "The Health Insurance Marketplace online application isn't available from approximately 1am to 5am EST daily while we make improvements. Additional down times may be possible as we work to make things better."

One also has to wonder how much of the project was driven by the surface cosmetics rather than sound engineering and usability considerations. Website commissioners the world over seem obsessed with the idea that a great looking site is a priority, and that great eye candy must equal a successful site, even though the evidence does not support this. The fact is that people don't go to websites to LOOK at them. People go to websites to USE them, a subtle distinction which many failed websites failed to understand. When a website doesn't work, no-one ever says "well it might not work, it might not be usable, and I didn't find the info I needed, but hey, that's okay because it looks great".

The US Healthcare website can be found at:
www.healthcare.gov 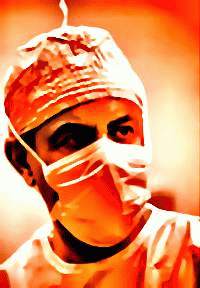