Ever heard of astroturfing? It is the practice of creating false endorsements or messages of support for products, endorsements which are seemingly coming from neutral unbiased participants. Surely that never happens on the Internet.

I recently received a spam from someone who claims to be a social media marketer offering to sell me any number of Twitter followers from his fake twitter account army, zombie followers who would also tweet endorsements of my product, no matter what that product is. The spam also made the dubious claim that if you have 10,000 endorsements on Twitter, "this tells Google that you are authentic". I doubt Google would be taken in by this astroturfing.

On the other hand, is Google itself using a form of astroturfing to paint a rosy picture of Google Plus? Google might be dominant in search engines but it missed out big time in social networking, with Facebook leading the field, Twitter being the world leader in instant messaging, and upstarts like Instagram getting in on the act in photo sharing. The only social media niche where Google truly leads the way is with YouTube, and even that was purchased once it had become popular rather than something Google invented for itself.

Eager to muscle in on the social action, Google launched Google Plus in June 2011, and now claims Google+ is second only to Facebook in social media, boasting some 550 million active users. Half a billion users? Where are they all hiding? Well actually, you yourself might be one of the conscripts, whether you know it or not.

If you have a Gmail account, Google used your details to create a Google+ profile for you. You may not think of yourself as taking part in a social network, but Google is counting you as a Google+ user. People who use other Google services such as its analytics programs or webmaster tools are likewise swept up into Google+ figures. If you have a Google-based Android phone you might well find that your details were used to automatically create a Google+ page for you. And from 6th November, if you upload videos to YouTube, your YouTube account has now been "upgraded" to Google+. If you want to comment on videos on YouTube, that also has to be done via a Google+ account.

This has created howls of protest in the YouTube community. A petition asking Google to reverse its decision gathered 100,000 signatures in the first week, although I doubt a petition will make any difference. Most damning of all, Hawed Karim, the original inventor and founder of YouTube and the uploader of the very first YouTube video, has deleted all but his first video and his channel page now reads "I can't comment here any more since I don't want a Google+ account". 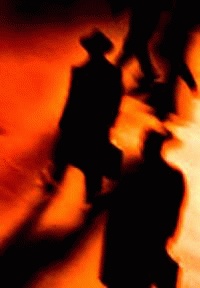