All year long there have been stories about bitcoins appearing in the press, about windfall fortunes and missed opportunities, but as so often happens with internet technology stories, they write as if you ought to already know what a bitcoin is.

So what is a bitcoin? Bitcoins are a form of electronic currency, but who issues them and how do they get value? Think of a bitcoin as the solution to a very complex mathematical puzzle. The puzzle has around 21 million possible solutions, but finding a solution isn't trivial. It requires a lot of trial and error, and a significant amount of computer processing, and with each solution found, finding a new solution becomes progressively harder. The process of finding solutions is called Bitcoin Mining, and when someone finds a solution, if they are the first to find that particular solution they register a claim to it. That solution becomes one bitcoin belonging to the person who found it and held in an online bitcoin bank. Strong cryptographic techniques are used to ensure only one person can be the registered owner of that bitcoin and to allow people to transfer their ownership to others. Of the 21 million possible solutions, a little over 12 million have been discovered so far.

Bitcoin mining is an attempt to create an electronic version of the Gold Standard, to create a limited rarity which underpins the currency. Just like a banknote, the bitcoin itself is of no real value. The value only arises if people agree to use it as a currency for trade, to use the banknote or bitcoin as a form of promisary note. However, whilst the banknote is underwritten by the economy of the state, a bitcoin has no backing and no true colalteral. Surprisingly then, some people are trading in bitcoins, although not to any great extent as yet and rather like the early days of websites, the biggest value of a business in taking bitcoin today is probably the publicity it will get in the local press.

If you want to pay for things by bitcoin, you can stock an electronic wallet with bitcoins which you buy from sellers at one of the online bitcoin exchanges. When you pay for something by bitcoin, your online bitcoin bank transfers the appropriate amount of bitcoin to the seller's bitcoin account, and takes a very small commission to finance its operations. You don't need to know the name or any other details of someone to pay them, other than a bitcoin account number. You are using real pounds and dollars to buy bitcoins, and in that sense the only value of the bitcoin is what people are prepared to pay for it using a state-backed currency.

Naturally the press is full of stories of people who bought a thousand bitcoins for peanuts when they were just emerging a few years ago, and now are millionaires, rather like the press coverage for techno bubbles such as the dot com boom, and the domain name boom. A former president of the Dutch National Bank memorably said that hype around bitcoin is worse than the tulip mania of the 17th century.

There is also a darker side to the stories we read about bitcoin. One theme has been that because it exists outside the banking and taxation network, its much harder to trace transactions, and so there are numerous reports of it being used by drug dealers as a way of transferring money across borders. It is also used by a particularly nasty piece of malware doing the rounds, CryptoLocker, which encrypts the hard disk drives of its victims and demands a ransom payment to decrypt it again of two bitcoins paid into an anonymous bitcoin account.

Supporters of bitcoin are quick to remind us how banks and governments are not to be trusted, just look at the numerous banking scandals of recent years, and bitcoin frees us of their tyranny because no-one owns the technology or regulates how we use it. But why should we think internet based banks set up by computer geeks without any regulatory oversight are going to be any safer? In May 2012, Bitcoinica, a bitcoin exchange run by a 17-year old, was hacked and more than 18,000 bitcoins were stolen. In May of this year, an online exchange called GBL was set up in Hong Kong, and had 4,400 registered users, making it China's fourth largest bitcoin exchange. On October 26th it abruptly closed down, taking with it some $4m worth of bitcoin assets. Its phones remained unanswered, and its contact details were found to be fake.

It seems strange that bitcoin appeals to those with anti-banking sentiment when the main activity in bitcoin so far has not been for trade but for that evil capitalist activity of currency speculation. The media is in a frenzy about the daily valuation of bitcoins which is, of course, expressed in US Dollars. The argument that bitcoin prevents faceless governments from interfering with money should equally demonstrate that widespread use of bitcoin would prevent countries from regulating their own money supply and their own economy, and leaves them more exposed to external market forces and speculators.

Bitcoin is just the best known of several experimental online currencies. It may be a bubble about to burst, or it may prove to be enduring. I don't know. Supporters of Bitcoin fervently believe it will change world economics for ever, but rather like a pyramid scheme, once someone has bought into it, it also becomes massively in their interest to get others to buy into it too. Critics say the concept has fundamental social and economic flaws. It could be that the long term impact of Bitcoin and the like is not that it becomes an enduring currency, but that it forces the institutions such as banks, Paypal, etc, to come up with cheaper competitive ways of performing online transactions within the existing regulatory frameworks. 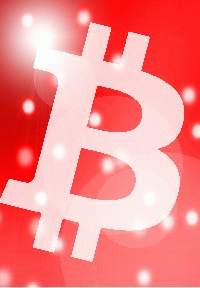