Pecking away at the advertising cake (Skill Zone News, 17-Dec-2013)

Pecking away at the advertising cake

This month, Twitter announced that it was letting its advertisers dig even deeper into user data for the purposes of targetting ads. "With tailored audiences you can reach users on Twitter who have shown interest in your brand or your category even away from Twitter" said the company's blog. That may come as a surprise to some. Did you even know there are adverts on Twitter?

When Twitter was first being developed, tweets were sent to and from mobile phones using text messaging. The reason tweets are limited to 140 characters is so that they could be packed into an SMS text message. It was envisaged that Twitter could be financed from its share of the termination fees it would receive from all the extra usage it would generate for the mobile phone companies. This was a great concept but arrived just too late in the day. Very soon after, smart phones arrived which could access sites like twitter through internet protocols without incurring termination fees. Mobile phone companies were still more than happy to promote Twitter, (as well as Facebook, YouTube etc) as a great service integrated into their phones, but not to share any of their revenues with the companies providing these great services.

Twitter, which had an ever increasing user base and ever increasing costs, was forced to turn to the ever diminishing advertising model to try to create a viable business to keep its investors happy, and it currently offers three different ways for people to advertise using Twitter. You've probably seen those adverts without being aware it was advertising.

The first method is the Promoted Trend. On your twitter home screen there is a list of what topics are trending. You probably thought they were the hot topics that people were actively talking about, but sometimes you might spot a small yellow icon next to it. The icon might suggest to you that its an even hotter topic than normal but look closely and you'll see the word "promoted" next to it which means it is not there on merit but has bought its way to the top of the list.

The same applies to the Who To Follow listing. When Twitter recommends an account you should follow and puts the yellow icon next to it, it really means that it will typically receive income of between $2.50 and $4 for each user who clicks through to the advertising campaign.

The most popular form of advertising though is proving to be the Promoted Tweet. When you check Twitter you already see tweets from people you follow, which for many users can be a lot of people, along with tweets they have retweeted of people they know. However, you may also be finding that the second or third tweet on your pages is a photo-tweet advertising a product such as a new cell phone, with no connection to anyone you know, and the only clue that this is a paid advert is the obscure yellow icon.

In the UK and other EU countries we have strong consumer protection regulations. One of these is that publishers should not write paid advertorials disguised as unbiased content. Another is that companies are not allowed to create false positive recommendations for themselves such as fake reviews on websites, supposedly from satisfied customers. I feel that the way Twitter recommends trending topics and people to follow, and the way it slips adverts in amongst the real tweets, all in the same style with only a minor amendment to show it is actually paid advertising leaves a lot to be desired. But that raises the usual problem in this internet age. Should UK companies advertising to a UK audience via a service based in the USA be obeying UK laws designed for our own protection, or US laws where the dollar is king?

Worrying too is the extent to which Twitter performs data mining and data sharing to build a profile of each user. It is not alone in doing this. Many services work with ad networks and make use of tracking cookies to build up a detailed profile of you, the sites you visit, your likely age, gender, location, spending power, and so on. Twitter does offer an option to turn off some of the tracking options but you have to dig down into the settings pages, something that many users rarely do.

Have you installed the Twitter app on your Android smart phone? If you did, you would have been told what permissions the app needs to run, and you choose whether to accept or decline the app on that basis. Its an all or nothing choice. You cannot allow some actions but not others and its hard to make an informed decision.

According to the Android documentation, the settings for the Twitter app would allow it to: Receive text messages, monitor or delete SMS messages sent to your device without showing them to you, install shortcuts without user intervention, get your precise location from GPS receivers and network towers, add or remove accounts on your device, reset passwords, access your authentication tokens, read your name and contact info stored in your phone, read your phone number and its unique device ID. Most chillingly, if you are calling someone, the Twitter app could access the number of the person you are connected to, and it can read your phone's contacts list, and the frequency with which you've called or mailed them.

I cannot say whether or not the Twitter app does any of these things, now or in the future, but if it wanted to, you've already given it permission to do so. 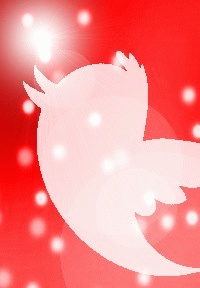