The time approaches when we traditionally express good intentions for the year ahead, intentions that are often gone and forgotten by the second week of January. But maybe there is a resolution your business needs to make, and keep, which will give you a business edge in the year ahead, and that is simply to reply to emails.

Many companies, household names, spend a small fortune on their websites, and larger fortunes on keywords at Google to get visitors to it. Why then, having put all that money and effort into getting visitors, do these businesses and organisations then ignore customers and potential customers who use the website to try to contact them?

Throughout 2013, it has become apparent to me just how many businesses have zero communication skills when it comes to website contact forms and email. Over the year I have experienced, first hand, the wall of stony silence. The culprits include councils and societies who I have contacted to let them know of fly-tipping or other hazards in areas of public woodland they manage, businesses I've contacted asking them about products they sell, and a theatre to ask what time a show started because the vital information was missing from their website. In each case, no reply, nada, nothing. These organisations are not using the web to improve customer communications, they are using it to create an additional obstacle.

Remember in the 1980s when the business gurus told big companies that customers were important and they needed to set a company-wide standard that phones must be answered within three rings? Whilst I agree that customer contact is important, I'm not sure there was any sound evidence to support the idea that three rings was critical, but if you say it with enough confidence, wear a sharp suit, make it sound like its a revelation, and charge enough money for the advice, big companies tend to believe you.

And what was the end result? So many large organisations blindly followed that rule and set up switchboards where, after three rings, an automated system told you your call was important to them and them put you on hold, thereby reminding you that not only was your call clearly not that important, but now you had to pay a phone bill for the privilege of hearing how busy they are. Even better, from the organisation viewpoint, if you use one of those confusing 0844 or 0871 numbers, the customer is unknowingly paying you a few pence per minute whilst you have them hold. It is surprising how many companies claim to be customer focused but always look for the quick technical fix rather than address the underlying cultural problem.

Some of those businesses obviously hired the same customer engagement consultants when it came to website contact forms and email. Their rule seems to be that every email must be answered, but rather than change company culture to actually answer them, they leapt at the easy technical fix, the autoreply, which parrots out the standard blurb, your email is important to them. Often that is the only communication you will ever receive from that company, but now the department manager can tick a box saying that everyone who emails the company receives a reply, (even the spammers).

Auto-replies which tell people the office is now closed are not helpful, just irritating. If I was expecting an instant reply I'd have picked up the phone. Amongst the worst examples of autoreplies I've seen this year are one from a local authority which said they would endeavour to reply to my email within 28 days, a staggeringly long period even for local government, and no, they didn't reply even then. Another large business sent an instant autoreply from their mail server saying how important my email was to them, and a few seconds later a second autoreply from the individuals own mailbox which said the same thing but with different wording. Pointless autoreplies annoy customers. Failure to answer the emails loses customers.

Much as I'd like to, I felt I couldn't name and shame the companies that use contact forms and autoreply to keep customers from bothering them. It would be unfair to single out a few when the problem is so widespread.

However, I will name one company as an example of exceptionally good performance. I needed a hard-to-find spare part for my car and it proved to be too specialised an item to find it in autostores like Halfords. Late at night I contacted Honda UK's head office for advice using the email address on its website. I confess I had low expectations of a reply but first thing the following morning I received an email from Honda telling me where the nearest Honda-approved dealers were who should be able to help me and saying they had forwarded my email to the one closest to me. Shortly after that I received an email, this time from the dealer, to tell me exactly how much the part would cost, that it would take them 24 hours to obtain it, along with the other vital details. The process was painless, it resulted in a very easy sale for the company, and that's how it should be. Other businesses would do well to learn from this. 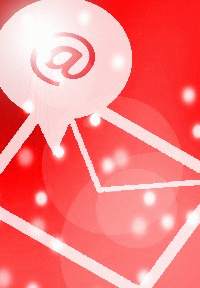