Is Google just too big?

Has Google become so big that it can simply muscle its way into a dominant position in any market it chooses to enter?

It is just this issue which is concerning the EU Commission, and causing complaints from industries such as mapping companies who feel Google is using its near monopoly in search to promote its own mapping products as apparently the de facto standard over its rivals in that area.

Evidence has been cited of the Google impact on another giant of the internet, Wikipedia. Wikipedia has, in the past, received funding from Google, and Google benefited immensely by having a rich source of well-structured text data to draw on for its search results. Wikipedia now has a huge number of articles in its database, 4.4 million English language documents at the time of writing, built by volunteers and put into the public domain, volunteers who some have described as internet users with the hippy ethic. Many of the quality issues from the early years of Wikipedia have been addressed and its a great source of information, and links to relevant sources.

Traffic to Wikipedia had risen steadily since it was first founded, but towards the end of 2012, the traffic to Wikipedia stopped growing, and in 2013 it has gone into decline, down by as much as 20%. So what has changed in that timeframe? The significant factor seems to be Google's Knowledge Graph, and you've probably all used it without even consciously being aware of it.

Nowadays if you search Google for a placename, like Paris, or the name of a sports team, like Manchester United, or perhaps a famous individual, like Nelson Mandela, chances are your first page of results will include a right-hand panel of information snippets on this topic, perhaps combined with photos, logos, a map, all laden with numerous links to further Google searches or other Google assets such as Google Maps.

This panel, which Google calls a Knowledge Graph, looks so much like Wikipedia-type info that for a long time I thought this must be the result of a deal between Google and Wiki, but in fact this info is coming from a product called Freebase which Google acquired in 2010. Rather like Wiki, Freebase is described as a "community-curated database". Unlike Wiki, which is public domain, the information in Freebase is firmly owned by Google.

So what is happening here? It would appear that when people are searching for topics and would normally go to Wiki in the search results, more of them are instead using the Knowledge Graph panel and its links instead. And if that's taking traffic away from giant sites like Wikipedia, its surely doing the same for lesser sites like Manchester United, and must be making it much harder for anyone to develop a new site in one of these cultural niches.

Throughout the history of computing we've had concerns about the existence of virtual monopolies which were having a detrimental effect on competition and diversity, and ultimately bad for the consumer. Restrictions have been imposed on IBM, Microsoft, even BT has been restricted in the products it could offer to ensure it didn't create a telecomms monopoly within the UK, and yet these are all dwarfed by the giant which is now Google. Last year in the US, after 19 months of investigation, the FTC found no evidence that Google was acting like a monopoly. The EU is showing more backbone in its antitrust investigation against Google, but without the support of the FTC, it is hard to see how any EU sanctions could really be effective. 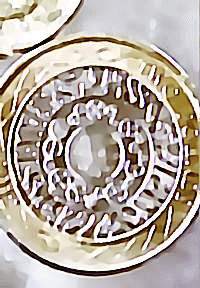