The easiest way to make a million

With the ongoing media hype around bitcoin, its not surprising that other players are trying to get in on the act, including hardware makers, me-too cryptocurrencies, and, of course, the scammers.

Bitcoin is an invented currency which requires a significant amount of computer time to solve the Bitcoin riddles and "mine" out a bitcoin. For prospectors who want to ramp up on their bitcoin mining, a number of companies are now selling specialist hardware packed with floating point processors which do nothing more than number crunch the bitcoin algorithms. Typically these have prices ranging from a thousand dollars upwards. One company advertises a massively fast 1.2THz machine for almost six thousand dollars, (and yes, they price machines in dollars, not bitcoins). Add to that the running costs of 400W of electricity usage 24 hours a day, so bitcoin mining isn't cheap, and far from "green".

The advertising for this hardware typically claims you will recoup your investment within a month. If that claim is true, why do these companies bother going through a long advertising and marketing process to sell hardware at a small profit margin. Surely they would be getting a much better return on their own investment just by using that hardware themselves for a month.

Bitcoin mining can be done using just software on your own PC, albeit very slowly, and spammers are quick to exploit that. I have one recent spam titled "Bitcoin: the easiest way to become a millionaire in 30 days flat", and another in which the spammer claims that in one month "I Made $1,356,228.32 from The Comfort Of My Wheelchair". According to these spammers, you too can make a million dollars a month, just by sending $12 for a copy of the software. Here the maths is even more extreme than with hardware suppliers. If the spammer made a million dollars in one month, why is he piddling around trying to make $12 sales? If he buys a hundred PCs and sets each one running the software, then by Christmas he'll be a billionaire.

If it was that easy to generate wealth out of thin air, surely the government would just set up a million computer bitcoin mining operation, generate a trillion dollars of wealth each month, and make us the richest country in the world where no-one ever needs to work again. The big problem that many economists see with currencies like Bitcoin is that it has no collateral. Just because something is hard to calculate doesn't give it any intrinsic worth.

Bitcoin isn't the only cryptocurrency, just the one that the press has latched on to. New currencies are invented each month by people jumping onto the free money bandwagon. There is another called Dogecoin, two quite distinct operations both called FlappyCoin, and some rather grandly-titled schemes called CollosusCoin and InfiniteCoin.

Currency became a political issue this month when Alex Salmond said that an independent Scotland would continue to use the UK Pound Sterling, and George Osborne said no it won't. Should Scotland simply continue to use the pound without permission from the UK? It could do, but then the UK government would no longer act as guarantor to Scottish banks. Scotland's banks could continue to print their own notes and call them Pounds, but not Pounds Sterling and shops in Scotland could continue to accept either note as payment much as they do now. A similar situation already exists with the US dollar which is used alongside the national currency equivalent in Ecuador, El Salvador, Panama, the Bahamas, and the British Virgin Islands. Those countries all manage quite well.

One Scottish fan of cryptocurrency got seriously over-excited by the prospect of currency problems for an independent Scotland and blogged: "I think it would be great to push for the widely accepted use of Bitcoin in Scotland", and as support for his argument, he added "There is already one cafe here accepting the currency." 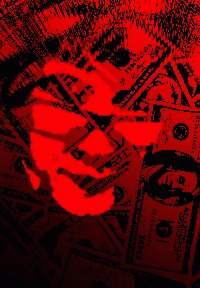