XP to become an Ex-Parrot

On the 8th April, Microsoft will end its support for Windows XP, and some are predicting that a wave of attacks against these "obsolete" machines will be unleashed by hackers on April 9th.

If you still have an XP machine in the office, will it turn its toes up on April 8th? No, not at all. What will happen is that Microsoft will no longer issue security patches for it. Naturally Microsoft paints a grim picture of this, warning that XP machines will be vulnerable to attacks, that it "may result in an officially recognized control failure by an internal or external audit body, leading to suspension of certifications", (whatever that means), and that you will have difficulty obtaining drivers on any new hardware you buy. The solution, says Microsoft, is to update your machine to Windows 8 before April 8th.

Does anyone still use XP, an operating system released in 2001 and which was removed from sale in 2008? With the end of life so near, you might think the answer would be a resounding No, but web-usage stats from various sources indicate that around 30% of desktop computer users world-wide are still using XP, compared to around 50% on Windows 7, and barely 10% using versions of the much-criticised flagship product, Windows 8. Tens of thousands of bank ATMs are still running XP. The London Metropolitan Police has 40,000 PCs that need upgrading. HMRC has 85,268 PCs on Windows XP, started migrations in 2012, and expects to complete its migration by the end of 2014. The NHS has ten times that number of XP desktops scattered across the UK.

Some journalists have written disparagingly about people who still use obsolete software, and talk about the "excuses" people use for not updating. They ask why Microsoft should continue to support an operating system which has been obsolete for years. The counter-argument is that Microsoft's "support" isn't really support or improvements to the product. Its actually just fixing critical flaws in the product which should not have been there in the first place. If, after 13 years, Microsoft is still trying to patch over critical security failings, then surely XP was never of merchantable quality.

Upgrading an XP machine to Windows 8.1 is not a no-brainer. First there is the cost of a new version of Windows. PC World lists a copy of Windows 8.1 at Ł110 which is probably more than the value of the machine you are upgrading, and if you want the Pro version of 8.1, you are looking at Ł190. Even if you can find it cheaper, you might find your software applications do not run under later versions of Windows and may also need costly upgrades. Most problematical will be your device drivers. If you have an older printer or scanner attached you may find its impossible to get Windows 8 versions of the device drivers for them, in which case they simply will not work on the new operating system, leading to yet more costs replacing equipment. Finally there is the learning curve for Windows 8, and many people who have already upgraded from an earlier version of Windows remain critical of the interface and still struggle to find things.

So what if you don't upgrade? Will you immediately be hacked, overwhelmed with viruses, have your identity stolen, and your data ransacked? Will XP become an ex-parrot, left clinging to its perch? There are things you can do to help yourself considerably.

Whatever OS you are using, if your ADSL router has a hardware firewall, use it. On your PC you should have two user logins set up for Windows, one as an administrator login which you can use in the rare event that you need to add new software, and a limited account which you use for your day-to-day work, and which will make it harder for malicious software to install itself covertly. If you use an anti-virus package (and you should), the publishers will likely continue to publish updates for XP users for years to come. Remember that the operating system is just one attack surface. In particular, make sure your Adobe PDF reader is kept up to date, don't open Word, Excel and Powerpoint files from unknown and untrusted sources, turn off Java unless you have an application that really needs it, and don't click on links in spam.

Perhaps most importantly for XP users, if you are still using Internet Explorer on XP, change to using Firefox or Chrome for your general purpose web-surfing, and use the security tools built into them to block known attack sites. Not only are these browsers both much more secure than IE8 and come in XP flavours which are kept up to date, but they have much better HTML rendering as well. 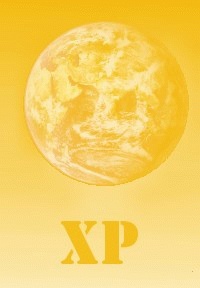