Delhi Police failed to respond to eight year's worth of complaints about possible police corruption. And the reason? Blame it on the computer.

A system was created back in 2006 so that any complaints sent to the India's Central Vigilance Commission could be automatically forwarded to the relevant government department and investigated as expeditiously as possible. A total of 667 complaints about the police have been filed since the system was launched and these were all forwarded to the Delhi Police Department. However, it has emerged that not one of these complaints has been investigated, or even looked at, and a police spokesman said the force had "fallen victim to a technical problem". And what was this problem? The problem was that they'd forgotten the password.

In a way this doesn't altogether surprise me. We know from data on our own password protected systems that people forget passwords, no surprises there. We actively monitor failed password attempts to detect systematic attempts to break into our accounts and often find that people, when being told they have entered an incorrect password, try re-entering the same password over and over again, as if they think the computer has made a mistake. We also find that despite putting a notice on the screen telling people what to do and who to contact if they have forgotten their password, that some people will persevere on their own, and even give up and go do something else, rather than admit they have a problem.

It is a widespread issue and we all do this to some extent. On the other hand, if technical support staff were to make themselves more approachable and less supercilious, perhaps end-users would be more inclined to ask for help when they need it. 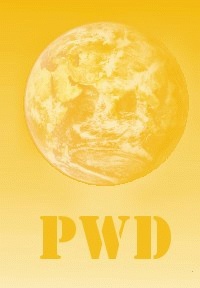