Twenty five years after the birth of the web, an online survey by VoucherCloud to test people's understanding of modern technology jargon reveals that 11% of American adults think that HTML is a sexually transmitted disease.

Hopefully, Skill Zone's website customers know that SEO stands for Search Engine Optimisation. However, 77% of the 2,392 men and women who responded to this survey could not identify the term, which is not that surprising. More of an eye-opener is that 42% of respondents thought the motherboard was the deck of a cruise ship. Other howlers are that 27% identified the gigabyte as an insect commonly found in South America, 23% said MP3 was a robot in Star Wars, 18% reckoned Blu-Ray was a marine creature and another 12% thought Blu-Ray was a soul singer famous in the 1930s. Best of all though, 12% said USB was the acronym for a European county. Usbonia perhaps? No, that's just silly. Its obviously the United States of Belgium?

Surveys like this need to placed in context. Often they are conducted by newspapers on a handful of people, but a sample of more than two thousand is a good size survey. However, it was a multiple choice survey, so it isn't a case that 18% of Americans walk around thinking blu-rays are a type of fish, but rather that when given three choices, people who didn't know that Blu-Ray is a DVD format quite reasonably thought marine creature was the most plausible explanation. That tells us far more about the marketing of the DVD format than it does about the supposed intelligence (or lack of it) of the respondent.

In any open survey you are going to get people deliberately trying to provide funny or stupid answers, but the survey designer quite correctly mixed in other terms which could be used as benchmarks, to detect when people were being intentionally daft with their answers. For instance, 97% of respondents correctly identified the word texting, and 91% knew the correct meaning of dialect.

An acronym which many people would have struggled with, had it been included in the survey, is PRS, and few know that the Performing Rights Society was one hundred years old this month. Founded in 1914 at a time when sound recording and broadcasting was still in its infancy, it is still as relevant today when the challenges of getting fair value for songwriters, composers and publishers is greater than ever.

21st century technology and communications poses problems for the music industry, but it also undoubtedly makes it cheaper for small clubs to kit themselves out as performance venues and for budding musicians to create great music that rivals the big studio sound. This month we launched a website for one such group, Foreign Motives, a four piece indie-rock band from the north of England which has just released its first album. 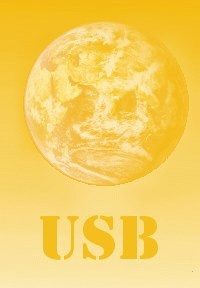