Does the world need yet another social network? What about a website which states that it is a social network that seeks to encourage a culture of giving and receiving?

Impossible.com, hosted in Iceland, makes just this bold claim. It says it is a website which encourages people to do things for others for free, but if you visit the site you are going to be unimpressed. Its a place where people can post "wishes" tweet-style, and at the time of writing, the wishes on there include "I wish everyone a good night's sleep" from someone in Kent, "I wish I could grow my home based business so I could financially support myself" from a poster in Fresno California, and "I wish people would check out my new website and startup" for a poster in New York. There seems to be no order to the site, its just a jumble of postings from all over the world, and its hard to know how it does anything which isn't already achieved much more effectively by well-established sites like CraigsList. Impossible isn't even an attractive site. It looks like a mash-up of tweets coupled with poor quality design and far too much javascript.

Now you try not to be too critical when you know that many organisations trying to give something back to society are doing so on a shoe-string budget and a site like Impossible should be judged on its social value, not its artwork,... but Impossible isn't a site operating on a shoestring budget. The site is the brainchild of actress, supermodel and multi-millionaire Lily Cole and it has received two handouts of public money from the UK Cabinet Office's Innovation In Giving fund, the first for Ł50,000, the second for a further Ł150,000 to help fund the creation of an iPhone app.

Impossible was just one of 15 organisations to receive handouts in 2012 from a pot of Ł10m in the Innovation In Giving fund. This fund is for "impact funding", and supposedly helps organisations making a social impact. It will probably come as no surprise to find that at least 11 of those 15 recipients have London offices, and just one manages to be as far north as Hereford. Care4Care boasts that it has offices in New York, Paris, London and Birmingham and has Professor Heinz Wolff as its front man, whilst Type Personal Networks seems to be based in Vancouver, Canada. PeopleFundIt has now become a part of another organisation, Crowdfunder which seems to be yet another clone of Kickstarter. You can find the full list of recipients of the grants here.

In the two years since funding was handed out, I can't say these organisations have left any significant footprint. Had you heard of Impossible? Have you heard of BlueDot which aspires to be a new social currency which rewards people for good deeds and which says "Blue Dot provides the best celebrity offers exclusively for charity supporters". Have you heard of Timto, an online social gifting platform where you can "set up an online gift fund and ask your family to contribute to it. Then just decide how to split the money in the fund between gifts and the charity of your choice"? According to its website, Timto was started when the founders' grand-daughter received so many birthday presents that they needed two sacks to carry them all home.

Why is public money being given to start-ups like these when there are so many other charities and projects doing real work right now and addressing real social needs, struggling along on a fraction of the sums awarded to these celebrity projects, and facing cut-backs in public funding justified by the need to cut government spending? Small charities don't have poster girls and celebrities to rub shoulders with VIPs. They rely entirely on ordinary people and small businesses to give them time, money, computers and office equipment.

One such project which we are involved in is The Warrington Access Guide. Run by the charity Warrington Disability Partnership (WDP) and built by SKILLZONE, the Guide provides invaluable information on the accessibility of businesses, buildings and services in and around Warrington. On most days we see between 200 and 300 people using it. The reviews are compiled by volunteers. No-one is asked to pay to be included, and the information is made available free of charge online. There is no need for registration or other bureaucratic hoops, it doesn't bombard you with advertising, and it isn't collecting your details for marketing purposes. And of course, we've made sure the website is fast, easy to use, and has a very high degree of accessibility. 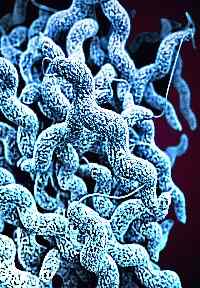