Do you have an Android phone or tablet? Do you have an anti-virus app on it? If it is the chart topping Virus Shield app which cost just $3.99 then you might just be in for a shock.

Virus Shield spent a week on Google Play and briefly appeared on the top of the charts, racking up around 10,000 sales. Amongst its selling points were that it was fast, incurred little overhead and very low battery consumption, and had no ads whatsoever. All that was true, for one very good reason. The app didn't actually work. An organisation called Android Police decompiled the app and discovered that the only thing it did, when you clicked on it, was to change the shape of the icon to give the illusion it was checking your device for viruses. The developer told The Guardian that the app had been uploaded by mistake. No explanation has been forthcoming on how a program uploaded by mistake managed to get so many fake five star reviews, or why the developer didn't notice the all the sales he was getting until Android Police stepped in.

Commendably, Google has now taken it upon itself in this case to refund the buyers of the app. By Google standards, the cost to it is small, but the PR value is high. This case highlights how easily rogue apps can slip under the radar and give people a false sense of security. 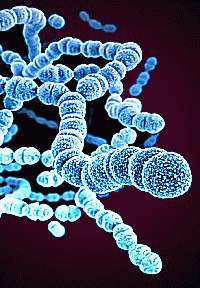