A view from the sky

A french teenager, Nans Thomas, attached a GoPro high definition video camera to a quad-copter he'd bought off eBay and made a birds-eye view video of his home town, Nancy. The video is quite beautiful and of exceptional quality, but it has landed him in hot water with the French authorities.

When Thomas posted the video on YouTube, it came to the attention of the French Directorate of Civil Aviation. This resulted in him being prosecuted for flying an unlicensed aircraft too close to people and buildings, and fines totalling 400 Euro. Thomas complained afterwards that he didn't know he needed a permit and felt like he had been treated like a criminal, but since he had broken the law, he should not be at all surprised. This is the first time that anyone has been prosecuted in France under its unmanned aerial vehicle laws.

Is this just a kill-joy attitude on the part of the French authorities? No, not at all. In the video you can clearly see the drone fly close to buildings and above the heads of people and, amongst other things, this is a serious safety issue. It is quite possible that he could have clipped a building, or that the batteries suddenly lost power, or even that the second-hand copter had faulty electronics. With any of these scenarios, it could have dropped from the sky like a stone. A camera may not weigh much, but if one is dropped from the height of a church steeple and hits you, you are certainly not going to laugh about it.

We've all seen people flying radio controlled aeroplanes but it has always been an expensive hobby and required skill to both build and fly the aircraft. Radio-controlled quadcopters, or drones, are quickly becoming commonplace consumer items and kids toys. This is especially true now that they carry cameras. People build and fly model aircraft for the joy of the aviation challenge. People tend to fly drones purely so they can see things through the camera.

You can buy very basic quad copters from UK retailers for about Ł300. Advanced electronics, accelerometers, wind pressure sensors, and ultrasonic ground sensors means that practically anyone can get them airborne and land them without any training, and the spec sheets say you can even do a "360 degree flip on command" or hover over a fixed point for as long as the battery lasts (typically about 10 minutes). Even the cheap model comes fitted with two video cameras, one forward facing and one pointing downwards. But nowhere on the sales pitch does it mention licensing requirements, or the legal restrictions placed on flying model aircraft in the UK.

Safety and responsible usage is every bit as important in airspace as it is in roadspace. In the UK, airspace is managed by the Civil Aviation Authority (CAA). If you want to fly a drone for any commercial or financial purpose whatsoever then you need a CAA license, it must be piloted by someone who has been properly trained, and you have to have adequate insurance. You do not need a CAA license provided it does not exceed an altitude of 120m vertically and no more than 500m from the operator who must have a clear line of sight at all times (a video feed does not count as a line of sight). You must fly no closer than 50m to individuals, buildings, vehicle or vessels, and no closer than 150m to groups of people. Personally I would like to see the same protection afforded to animals, not just farm livestock but also, for example, the nests of birds on cliff-faces. Even if it is not used for commercial purposes, images of people collected by the drone are subject to the UK Data Protection Act, and over-flying property without permission may be trespass.

However, whilst the legislation exists, it is hard to enforce, the CAA doesn't have the resources to police it, and most people buying quad-copters seem to be blissfully unaware of it and think a drone is just an expensive toy for kids of all ages. Its not just the safety aspects of UAVs which should concern us. Last week a man was prosecuted for throwing eggs at a well-known politician. How long will it be before protesters (or worse) decide its safer to use quad copters for hit and run attacks?

Another concern is the invasion and erosion of our reasonable expectation of privacy which is massively under threat by these devices. Cameras are so good these days that a drone hovering above you on the beach could read the information printed on your sun lotion bottle, and there is very little you could do stop it. Indeed, if you became enraged and succeeded in whacking one out of the sky with a baseball bat you might find yourself prosecuted for causing criminal damage.

There are many great uses of these drones, for news reporting such as in the recent floods, for assessing rooftops and chimneys without needing to send a man up a ladder, for search and rescue operations on moorland where a fleet of drones could prove much more effective than a costly helicopter. It will be a shame if these great applications get bogged down in bureaucracy and policing as a result of a mass of people using them as toys and for voyeurism. I applaud the French for enforcing the legislation, and sending out a clear message that operating a drone carries heavy responsibilities. 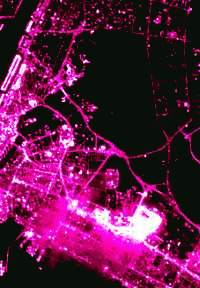