Iran is not a country renowned for tolerance, but nevertheless, most people were surprised when they heard the six makers of a YouTube "Be Happy" video were arrested by Tehran police and forced to apologise on state television.

This is the video, filmed on an iPhone 5S, and it is a good natured dance and lip synch of the Pharrel Williams song, Happy, done in broadly the same style as Williams' original, (although in my opinion it is better than the original, and happier). There is no nudity or obvious political message here. I understand that different societies have different cultural mores but I cannot understand how anyone could take offence at this film. Yet according to the Iranian News Agency, police chief Hossein Sajedinia called it "vulgar" and said it "hurt public chastity".

Reading between the lines, it appears this is less to do with public opinion and more to do with high-level Iranian politics and the power struggle. For eight years, Iran had a conservative government which had pushed ahead with policies such as gender segregation in universities, even though that was unpopular across much of the surprisingly open Iranian society. Last year, the more liberal Hassan Rouhani was elected president and since then there has been political infighting between the liberal agenda and the hardliners.

The Iranian version of the Happy video had been online for about a month and had attracted relatively little attention. On Wednesday, Rouhani's official Twitter posted "Happiness is our people's right. We shouldn't be too hard on behaviours caused by joy". He also said that Iran should abandon its paranoid digital censorship and that the era of the one-sided pulpit is over. Three days later, the makers of the Happy video were arrested, and the head of the judiciary said that the internet was a swamp that must be cordoned off with barbed wire.

Incidentally, this video is an example of a "meme", an idea that propagates through cultural and social connections. Many people around the world have made their own versions of Happy in the same general style, each reflecting their own cities and culture. If you go onto YouTube you can easily find versions of Happy from all over the world, from Jamaica and Japan, from Mumbai to Mexico, from Abu Dhabi to Zimbabwe. Pick your favourite country, and you can probably find a Happy From video. 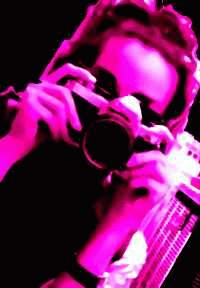