Yet another cat video

People often talk disparagingly of YouTube being full of cat videos, but let's face it, a lot of them are quite entertaining, and sometimes they are extraordinary.

This cat video which went viral comes from Bakersfield, California and is compiled by the householder from CCTV surveillance video cameras around the outside of their home. The video features four year old Jeremy, the family's pet cat Tara who was a stray that followed them home one day six years ago, and a dog belonging to the neighbour. Its not for the faint hearted, and reminds us how vulnerable young kids can be, but without the video evidence it would be hard to believe this had happened and it would by now be classed as an urban legend. 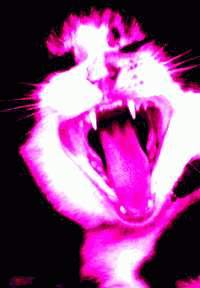