If you catch me looking at ya

Google is set to launch a music streaming subscription service, thought to be very similar to the already successful Spotify, but its heavy handed approach to signing up bands has not been welcomed by the independent music labels.

If you have watched music videos on YouTube recently, you may have noticed more and more of them are prefixed with unskippable adverts, or have banner ads overlying the video. Is it any coincidence that Google has ramped up adverts on YouTube just as it is about to launch a subscription music streaming service, a service which some have said is going to be a Spotify clone, where you need to pay to access it but then get to enjoy the music advert-free?

Google has already negotiated deals with the big three music labels, (Universal, Sony and Warner), for the use of their music portfolios. The deal is said to include large cash advances plus guarantees on monthly royalties. But in the UK, about 80% of the people working in the music industry are the so called Indies, whether that be the independent record labels, the many independent and unbranded venues which get 100 people in on a good night, the independent music promoters who set up chances for young musicians, or the upcoming unsigned independent bands themselves.

The indies in the UK are represented by a collective licensing agency called Merlin. However, Google bypassed Merlin completely and wrote directly to the independent record labels, stating the non-negotiable terms which the labels have to sign up to if they are to be included on Google's soon to be launched music service.

Unlike the deal given to the majors, the indies get no cash advances, no guarantees, and a payment rate which is said to be lower than that being offered by Spotify. To pile on the pressure, Google is indicating that if a label doesn't sign up to these terms and conditions then not only will it not appear on the subscription service, but Google will also remove its videos from YouTube within a matter of weeks.

For years Google has operated YouTube at a loss as a free service, subsidised by its highly lucrative and near monopoly search business. During this period, other video-hosting services have largely fallen by the wayside because they were unable to compete with the deep pockets of Google. Now that YouTube is established as the dominant video platform, it is leveraging that near monopoly position to develop its next product, a music streaming service. Indie labels which have come to rely on YouTube as a way of distributing videos of their bands may, in the absence of any viable alternatives, feel they have no choice but to accept whatever terms Google comes up with.

Various bodies representing the independent music industries, along with notable industry figures such as Billy Bragg, are urgently calling on the EU Commission to intervene, to stop Google abusing its monopoly position and to require it to at least offer the same deals to independents as it does to the big three.

By the time you read this, everything may have been resolved, or it may be an all out war of words. I'm not sure how long this link will last, but this is an example of a track from one of the many excellent independent UK bands. It shows the quality and richness that the indies of British music can produce. The band, Invisible Vegas, produced its CD and video using the services of an independent recording studio and videographer. The track is called These Days. Let's hope the video is still visible by the time you read this. 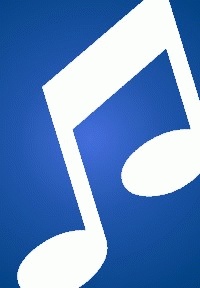