If you have applied for a passport recently, or tried to renew one, you will have discovered that its taking a lot longer than the standard three weeks for the document to be issued as the Passport Office struggles with a backlog of tens of thousands of delayed applications.

As well as the delays, there have also been blunders such as a woman in Flintshire who received the passport and documents intended for a man in Lancashire, teacher Natalie Peel from Bacup who, when she renewed her passport after getting married, discovered her new passport has someone else's photograph in it, and Barbara Cheeseman of Bristol who received two passports in response to her application, with different passport numbers.

There is also an issue with people using online passport application services, believing they are using a government-approved service, especially when those services make bold claims such as "same day processing of your application". Indeed, this is an issue for all government services such as driving license applications, tax disc renewals and income tax returns. The official-sounding sites collect your information, transfer it to an application form, and submit it on your behalf. These sites may seem cost effective. For instance, I found a site which charges Ł130 to use its passport fast-track renewal service, just two pounds more than the Ł128 fast track service at the government passport office. However, scroll to the bottom of the page and read the small print and you will find that the fee of Ł130 is in addition to the Ł128 passport office fee. Beware too of sites which claim to offer telephone helplines for passport offices and the DVLA, and which are using premium rate numbers costing you Ł1.50 per minute for generic advice.

The biggest problem is with sites that go out of their way to look like they are approved by the government, or official in some way, such as making use of domain names and URLs which include fragments like govuk or directgov. Last year, Citizen's Advice received over 5,000 complaints from members of the public about these sites, and a further 700 complaints were lodged with the Advertising Standards Authority. This month the National Trading Standards Crime Team raided four properties across the UK, arrested five people, and had 25 websites suspended as part of a government crackdown on copycat websites attempting to pass themselves off as official sites and con people out of money. It is also working with search engines to remove misleading adverts from search results.

Nevertheless, there are still a considerable number of these services advertising on Google and elsewhere and which carry smallprint disclaimers such as "Not affiliated with..." or "The unofficial guide to...", or, in silver text on a white background "Our services are not in any way affiliated with any UK Government body including HM Passport Office". Such websites can also be made to sound more official than they are by making reference to other legislation, such as "Registered to collect personal data under the Data Protection Act 1998 for the purposes of United Kingdom Passport Application Services". That statement is true, but many people unfamiliar with the wording of the Data Protection Act will think "registered" implies official approval. 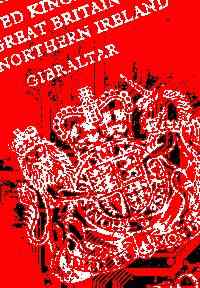