Cambridge Silicon Radio has developed a system for building bluetooth into light bulbs and light switches. Soon you will be able turn your lights on and off using an app on a bluetooth-enabled smartphone, without ever having to leave your armchair.

That's news that should please all budding couch potatoes, but there is a more serious side to this which makes it a surprisingly good idea. Outwardly these are standard fitting low energy light bulbs. Each bulb contains its own integrated bluetooth circuit which taps into the mains supply for the tiny amount of power it needs, would have its own bluetooth address, and is able to transmit its radio signal over a range of up to 50 metres. The light switch for the light would also contain a bluetooth transmitter.

Now here is the important bit that makes this idea noteworthy. The light switch would be powered by a small battery that would typically last about six years. The light switch would not need to be connected to the mains supply. It would simply be a self-contained box that you could put where you like. In a house which was built to use this bluetooth system, you would no longer need wiring embedded into walls to connect up the lights to the switches. That alone would be a significant saving of copper. You also wouldn't need to call in an electrician if you decided you wanted to move the light switch, or add a second switch on the opposite side of the room. It would greatly simplify one of the messier parts of domestic wiring.

Initially though, the system will be aimed at businesses and offices where the scales of the wiring problems and costs are greater. Large open plan offices can have dozens of lights and these are usually grouped together into blocks just to try to simplify the light switch wiring. Samsung is expected to launch a LED bulb incorporating this technology in the next month. 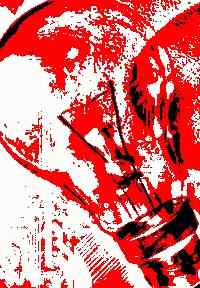