Who owns the Internet?

Does anyone own the Internet? There was a time when many people thought Bill Gates invented and owned it. This generation may well think Google owns it. But a US court has now been posed that question, albeit indirectly.

Back in 1997, nine US citizens were injured in a bombing of the Ben Yehuda shopping mall in Jerusalem. In 2001, a US court heard how the attack had been carried out by Hamas terrorists, which were trained by Iran, and awarded the nine plaintiffs a $72m in damages against the state of Iran. A federal court later awarded $420m in damages. Not surprisingly, Iran refused to pay and more than a decade of litigation has followed, with the plaintiffs asking courts to seize Iranian assets, including an unsuccessful bid to seize a collection of Iranian antiquities held at the University of Chicago.

In its latest round of court submissions, lawyers for the nine have asked for the US-based organisation ICANN to hand over control of the Iran country code to them, as part payment of damages. The dot IR code is used to host around half a million iranian websites. The reason ICANN has given the court why it cannot comply with this request is that a country code cannot be physically held, it says, and holds no intrinsic value and so it is not property. Rather like a ZIP code, no-one owns it, not even Iran, and only the US government would have the authority to order such a move.

There are 13 root servers which control the primary mapping of top level domain names, and ten of those are within US jurisdiction. Other countries have already worried that the US sees itself as the owners of the internet, gives itself authority to appoint bodies such as ICANN to regulate it, and has far too much control over key components such as the root servers.

I think there is zero chance that the US government will allow Iran's top level domain to be seized because of the massive political fallout that would result, but the fact that this question can even be asked in a US court will only add to the anxieties in other countries and increase calls for a redefinition of who has regulatory authority over the internet. 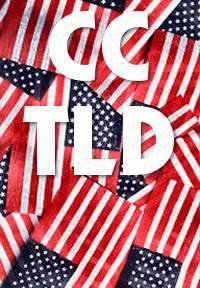