Making a monkey of copyright?

"Selfies" have become all the rage over the past year, and even politicians on the world stage have been spotted taking the selfie, but a selfie taken by a monkey is being used by the five hundred pound gorilla of Wikipedia to attack another aspect of copyright protection.

Back in 2011, David J Slater, a British freelance nature photographer, was working in Indonesia, taking photographs of the famously bold macaque monkeys. He spent a lot of time alone with the monkeys, getting them to trust him. Eventually, one macaque began fiddling with his camera (which was mounted on a tripod), as did others in the troupe. Slater allowed them to continue to play with his cameras, knowing that they would inevitably press the shutter button a number of times and take some photographs. Since the camera had already been set up for these close range shots, its no great surprise that some of the resulting photos look like candid selfies taken by the monkey, and to be be honest, are rather better than some of the selfies taken by the primates who are our political leaders. Not all of them were good of course, it was a bit hit and miss, but one in particular was so good that Slater joked "If she had an Instagram account she'd have a million followers by now."

Slater licensed the photo to Caters News Agency which has been selling the image on his behalf over the last couple of years and he says he made about Ł2,000 out of the photo, just about enough to have recovered the costs he incurred on his trip to Indonesia to take the pictures. Remember, this wasn't an opportunist holiday snapshot. This is someone trying to earn a living, investing considerable time and money to get the shots.

However, the picture has found its way into Wikipedia's photo library, Wikimedia, where it is listed as "Macaca nigra self-portrait" and is marked as public domain. Slater incurred legal costs to issue a take-down request, saying that this photo was his own copyright work, and uploaded without his permission. Wikipedia has refused to comply, saying that in its opinion (and I stress its only their opinion, not a court ruling), since the monkey pressed the shutter button, Slater does not own the picture. Furthermore, since copyright cannot be held by animals (humans excepted) this picture is uncopyrightable and therefore, according to Wikipedia, in the public domain, free for anyone to use without paying royalties to anyone. Wikipedia continues to list it as available under these terms.

To rub salt into the wound, Wikipedia recently held its annual shindig, Wikimania, which this year took place in the Barbican Centre in London. The photo was widely used on publicity posters around the building and a large print of the monkey was used in the foyer where delegates were encouraged to ape Wiki founder Jimmy Wales and take their own selfie of themselves standing next to the monkey, thus further capitalising on Slater's photograph.

Remember, this isn't Wikipedia acting in the public interest by taking on a copyright tyrant. This is the sixth largest website in the world taking on a guy who tries to earn a living from photography, telling him that the photo taken with cameras he paid for, taken on an expensive photography trip that he paid for, taken without any other humans being involved, doesn't belong to him, or indeed to anyone. The photo was taken in Indonesia, the person who took it is British, yet a US corporation has decided it isn't subject to copyright. Even if Wikipedia's lawyers think they have found a loophole in the wording of US copyright law, they can't seriously believe their position is morally correct.

The international copyright conventions are intended to ensure that content creators receive fair compensation for their work. All Wikipedia has done here is made it even harder for photographers to make a living in future. If you want to see the infamous monkey selfie or even buy a print of it and help support original quality photography, visit David Slater's website: 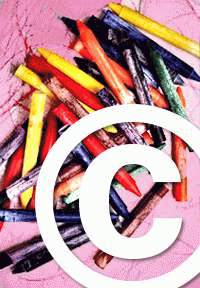