Music and technology are no strangers and the latest innovation of the instrument builders is plastic instruments printed with state of the art 3D printers.

The electric pickup invented in the 1930s completely transformed the guitar which had previously relied on the sound box of the body for both tone and volume. Once the sound box was taken out of the equation, the modern solid bodied guitar became possible where the shape of the body is designed for ease of use, weight balance, and visual aesthetics.

3D printing allows the creation of much more intricate bodies, such as the steam-punk design where the body is fashioned to look like it contains mechanical cogs, levers and pistons. Of course, the heart of the guitar, the electronic pickups, the strings, the machine heads, and the central wooden mounting block cannot be 3D printed.

Likewise, most keyboards used by bands these days rely on digital electronics to generate the sound, as opposed to the concert grand piano where the size and shape of the body was critical. As with the guitar, once you take the shape of the instrument out of the equation, you can create elaborate designs on a computer and print those designs with 3D printers. This video from Sweden shows some of the designs currently being produced.

These instruments are largely gimmicks though. Plenty of people have made novelty guitars out of carved wood, moulded plastic, even surfboards. 3D printing just makes it easier to do more intricate designs. It doesn't add to the musical sound in any way, the visual novelty soon wears off, and they are only as good as the musician playing them.

More interesting is the possibility of using 3D printing to create completely new experimental instruments, particularly wind instruments, such as a trumpet with two or more horns. As interesting as that sounds, again I think it will have novelty value only, and musicians will find much more mileage from digital sound effects and synthesisers instead. 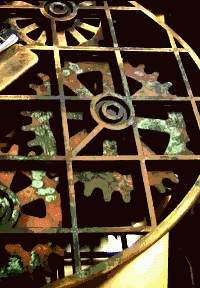