The world famous University College London (UCL), which has 25,000 students and 8,000 staff, found itself deluged with unwanted emails after problems with an unmoderated mailing list.

The problem started for UCL on Wednesday 8th October when around 29,000 people at UCL received an email which had a subject line of "Bello" and a message body which also said "Bello". The forged headers made it seem the message been sent from the email address of UCL Provost, Mr Michael Arthur.

It appears UCL had set up a special email address sometime in the past to allow them to send a mail to all students and which had no restriction on who could mail to it. Whether a spammer had stumbled upon this address or it was an inside job remains unclear, but 29,000 people received the Bello mail, and naturally, a lot of them replied to this message, some saying "Bello? Is it me you are looking for?". and others asking to be unsubscribed from the mailing list.

Students woke on the Thursday morning to find they each had around 3,000 mails in their inboxes on average, with one person reporting 9,442. If you do the maths, that's about 87 million emails in total. Whilst it has been widely reported as a spam attack, it sounds like in this case the pain was mostly self-inflicted. 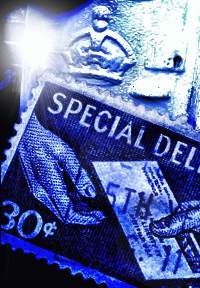