How can a bedroom-bound quadriplegic in Manchester visit a museum in Melbourne and deliver a talk to the Wired 2014 conference? The answer lies with robots?

Stuart Turner, a 36 year old from Manchester, suffers from Spina Bifida and other disorders which has resulted in him losing the use of his arms and legs over the last ten years and becoming severely mobility restricted. Not only can he not leave his house, but he also struggles to leave his bed. Not content with the view from his window, he contacted scientists at Brown University who have devised ways for him to control robots over the internet.

He can now remote-control a small robot and use Google Glass as a headset to get a real-time view through a camera on the robot. This means, for instance, that he was able to take a tour of the Museum of Melbourne who allowed him to drive a robot around its exhibits after hours. Yes, I suppose he could have looked at a presentation on a website, but the robot gave him the feeling of being there. He also used robots and the internet to take part in the Wired conference, as shown here in this touching video.

Robots are much maligned, and helicopter drones are much misused, but this project shows how we could be using this technology to really enrich people's lives. 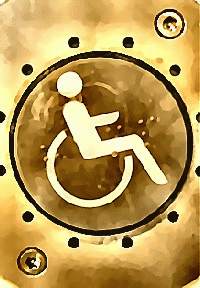