Back to the desktop

Two years since the public release of Windows 8, and one year on since the release of the 8.1 upgrade, Microsoft's flagship operating system is still only used on around 17% of all UK desktops and laptops, according to data collected by Statcounter. Meanwhile, the long obsolete Windows XP is still to be found powering 8% of desktops, and the ageing Vista accounts for around 6.5%. The commonest operating system by far though is Windows 7, with 51% of the market.

As a tablet operating system, Windows 8 works well, but even after two years of usage, many desktop users are still not taking to the new style interface. As of this month, it is no longer possible to buy new PCs with any of the previous Windows operating systems installed, so Windows 8.1 market share should really start to increase. However, Windows 10 is on the horizon, (Microsoft decided to skip version 9, presumably to avoid confusion with the previously used 95 and 98). Windows 10 previews indicate its look and feel is much closer to Windows 7 than the much criticised 8. It is expected to ship in the second half of 2015, so the closer we get to a launch date, the more I expect companies will hang fire on upgrades, waiting for Windows 10 to be released.

Microsoft's influence in the browser market is also declining rapidly. All the stats indicate that Chrome is now the browser of choice on 45% of all desktops, followed by Firefox at 13%. Whilst Internet Explorer is still used on around 28% of desktops, that share is split over four major versions of the browser. These different versions of Explorer creates a major headache for web developers and website owners but Microsoft's stance is not helpful. MSIE version 11 is a good product but Microsoft makes it impossible for users of older operating systems to upgrade to the latest version of Internet Explorer, so the 8% of users who still use XP, for instance, can only use up to MSIE version 8, and that version is severely lacking in modern browser features. Not surprisingly, most of those users have switched to Chrome or Firefox, both of which give a much better web-surfing experience than IE8 and both of which have a single version which runs across all operating systems, (as well as on phones and tablets too).

A year ago, the desktop market seemed to be on the verge of extinction, and you only had to look around your local computer store to realise that the shelves once set aside for mini-tower units were being replaced by laptops and tablets. Over the last few months though, that trend does seem to have tailed off and even begun to go into reverse. Some of the infatuation with tablets and touch screens is wearing thin, and in particular people are realising that for much of the serious business usage, there is just no substitute for a full-size keyboard, room to use a mouse, and a large screen set back at the proper viewing distance.

Desktop PCs still represent great value for money. One disappointment though is that current desktop machines seemed to have moved on very little in terms of case design and still largely use a tower design that takes up too much room on the desk. 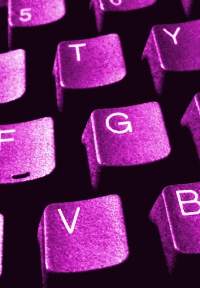