Knocking out the knock offs

Each year in the run-up to Christmas, there is an upsurge in websites selling fake designer label goods to unsuspecting shoppers. This year, the world's police forces took pre-emptive action and have this month shut down 292 domains used by counterfeiters.

Europol worked alongside the US Customs department, along with 25 enforcement agencies from 19 countries to identify pirate websites and seize the domain names involved. Anyone trying to visit one of those seized websites will now be presented with an educational page about copyright and trademark infringements. The counterfeit products being sold by these sites had included electrical and electronic goods, pharmaceuticals, sportswear, music, and videos.

Positive as this sounds, we have to remember that seizing 292 domains does not necessarily mean shutting down 292 websites. Scammers often have multiple domain names and identities all pointing to the same website. Furthermore, seizing the domain doesn't shut down the operation, it just inconveniences the spammer. Domains are not that expensive, so we can be sure that the cost of this global policing operation will have far exceeded the cost to the scammers of losing a handful of domains. Europol says that no arrests were made as a result of these seizures, although it now has a policy of "follow the money" so it may result in arrests in the future.

I suspect this is still a drop in the ocean though. If you search Google for "Ugg Boots" for example, a product much in demand at the moment and one which spammers promote heavily via junk mail, you will get about 25 million results and there is no real way for the average consumer to work out whether they are buying genuine products or sub-standard imitations. Having ugg in the domain name and a dot co dot uk suffix is no guarantee that the site is genuine. Deckers, the Australian company which markets the Ugg brand has a full time team identifying and taking down counterfeit sellers and over a two year period it identified and neutralised 35,000 websites falsely claiming to be selling the Ugg product online. When you look at those numbers, 292 domains seized in a global policing operation doesn't sound that impressive. 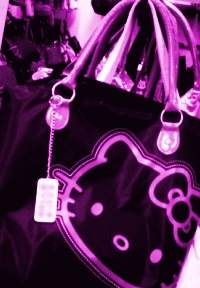