What weighs fifteen pounds and sprawls out in the hallway? No, it isn't a seriously overweight cat which has just scoffed the Christmas Turkey. It is one year's worth of domestic junk mail to one house, in one road, in one city.

Despite being registered with the Mailing Preference Service where I express my desire not to receive mailing list email, and despite having stickers on the door saying that I don't want junk mail, catalogues, leaflets etc, I have found that over the last twelve months, some fifteen pounds of junk has been pushed through the letter box. That's 293 individual items, and that total doesn't include all the bank statements and utility bills, the free newspapers, or the election campaigning leaflets. That fifteen pounds is just stuff which is unambiguously junk mail, delivered by the postman or people going door to door.

The biggest single category of junk mail is for junk food. 44 items, around 15% of the total, is adverts and discount coupons for pizza houses, coffee shops, indian take-away menus, that famous fast food restaurant, and strangely, a fish and chip shop which is 20 minutes away by car. There were also numerous leaflets and cards for the local supermarket, estate agents, tradesmen, gardeners, and one offering a special deal on cavity wall insulation, despite living in an area where the buildings do not have cavity walls.

Specsaver deserves a special mention, not just because they have sent five copies of their 16-page advert booklet over the course of the year, but also because much of it is printed in small white print on a cluttered background, so I can only read it if I put my glasses on. They haven't thought that one through have they? The top individual sender of junk mail was Virgin Media Broadband who sent 23 pieces of unwanted and unsolicited junk mail in the past year, which is just one shy of two per month, but I guess they took a week off at Christmas. Almost all of their mail comes in sealed envelopes, sometimes in A4 window envelopes with no logo or address on the outside, which means you have to open it just to make sure it is not something important.

The fifteen pounds of junk also includes 34 plastic sacks from various organisations supposedly working for good causes, and asking me to fill the sack with clothes and leave it on the doorstep for them. How many clothes do these people think I have? Perhaps they think I am rapidly growing out of my trousers due to the bad influence of all that junk-food junk mail. I've noticed one bag cheekily states it only expects "Good quality clothing" and adds "No bric-a-brac please". Although apparently charity initiatives, if you look at the small print on the bags, you will see that it is still done by private companies which promise to give a donation to the named charity. In some cases it is a fixed amount over an unspecified period, (which could be many years), and in other cases they promise to give Ł100 to the charity for each ton of donated clothing. To put that figure into context, the Financial Times reports that the dealer price for used clothing is Ł650 per ton.

You can avoid most junk mail addressed to you by name by registering with the Mailing Preference Service (MPS) run by the Direct Marketing Association. This is reasonably effective and a lot of organisations respect this, although there are exceptions. It does allow online registration, and it does have some sort of complaints procedure.

However, the Royal Mail also runs a door to door junk mail service but totally ignores any preferences registered with MPS, arguing that MPS is only for named individuals and its deliveries are not to named individuals, but to street addresses. Neither does it pay any attention to stickers requesting no leaflets on the letterbox. You can opt out of this "service", but Royal Mail doesn't exactly advertise the procedure, and does not provide an online form for spurious "security reasons". To opt out of Royal Mail door to door junk mail you have to first write to

and request the opt-out form. Once you have signed and returned that form, they say it can take up to six weeks for them to process it and stop delivering leaflets to your address. Royal Mail says half the people who request the form never return it. It cannot help though that Royal Mail makes the thoroughly confusing and unsettling warning to people filling in the form, in big letters, that "It is not possible for Royal Mail to separate material you don't want from those you do want".

Some people think they have a moral duty to receive junk mail because it keeps the postman in a job and keeps the cost of stamps down. Have you seen the price of stamps recently? If its keeping the prices down, its not doing a very good job. This argument is fallacious. I see no evidence that doorstep junk-mailing is used to subsidise the cost of postage. It does advertisers no good to waste money paying for leaflet deliveries to households which plainly do not want the material, and ultimately, advertising costs are passed onto the consumer.

But even if you opt out at MPS, and opt out at Royal Mail, you are still left with mail from companies which, like the Virgin Broadband junk mail, is addressed to "The Householder", or "The Occupier" or similar. MPS can only be used to register specific people by name, not generic titles like the occupier. Royal Mail says it has a legal obligation to deliver all mail which it receives. The Data Protection Act seemingly doesn't apply here because that only protects named individuals. The companies themselves that exploit this loophole offer no way to opt out of these mailings.

Just what do these companies think they achieve by carpet bombing our hallways with junk mail? It is so last-century thinking. It seems to be the same mentality as the email spammer, that no matter how obvious it is that I don't want their service, if they keep bombarding me with envelopes they think I will one day relent and say "Okay, you've found a legal loophole which allows you to totally disregard my stated wishes and laugh at my attempts to opt out, you completely tricked me into thinking this was a letter I was expecting from the bank and I opened it so you win, I will cancel my BT Broadband service which I am 100% happy with and go through all the hassles of switching to your service instead". 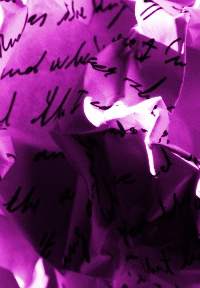